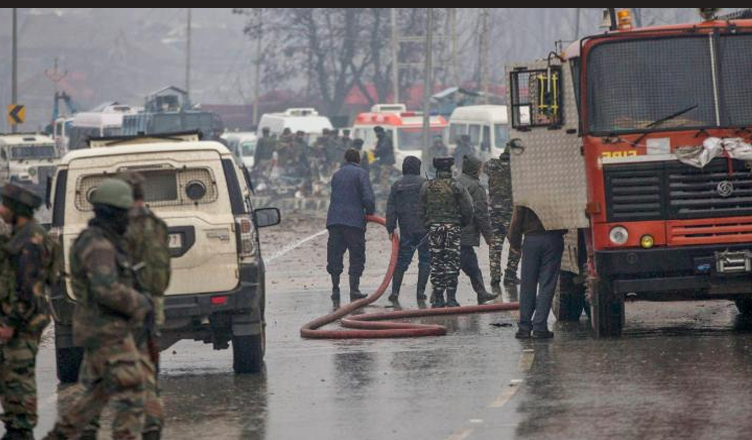 After intercepting the communication of Jaish-e-Mohammad (JeM) leadership, intelligence agencies have alerted security forces of a possibility of another terror attack, this time in North Kashmir.

This comes close on the heels of the February 14 Pulwama terror attack, where a part of 78-vehicle convoy carrying over 2,000 soldiers was attacked, leading to the death of 40 Central Reserve Police Force (CRPF) personnel.

According to the message intercepted by intelligence agencies, JeM is planning an attack using IED explosive placed inside a vehicle, the same pattern as in the Pulwama attack. The message also referred to the Pulwama attack as only a 200-kg ‘khilona’, and that a 500-kg blast is on the way.

“The attack is being planned on convoys that are travelling on the Chowkibal and Tangdhar routes in (north Kashmir),” India Today quoted the report as saying.

“The war is between you and us. Come and fight, we are ready. This is just the beginning,” the message read.

According to the input, five to six terrorists are ready to infiltrate from across the Line of Control (LoC) into the Valley and are also likely to prepare local Kashmiri youth to carry out terror attacks.

The Pulwama attack was carried out by Adil Dar, a fresh JeM recruit from Pulwama’s Kakpora village in South Kashmir. He rammed an explosive-laden vehicle into one of the 78 vehicles, leading to the death of 40 CRPF personnel.

Meanwhile, the government has approved air travel for soldiers of the Central Armed Police Forces (CAPFs) to and from Kashmir in the Delhi-Srinagar, Srinagar-Delhi, Jammu-Srinagar and Srinagar-Jammu sectors.