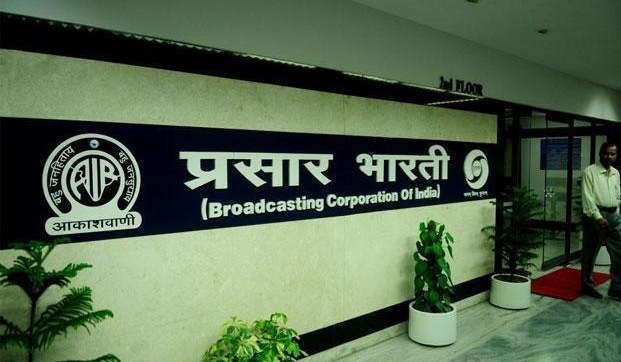 In an unprecedented move, Information and Broadcasting (I&B) Minister Smriti Irani has blocked the salary funds of Prasar Bharti, which it needs to pay the salaries of its employees.

It has come in the backdrop of Irani being at war with the public broadcaster over its refusal to pay nearly Rs 3 crore as fees to a private company at the cost of national television channel Doordarshan.

As a result of this, Prasar Bharti had to pay the salaries to its staff for January and February out of a contingency fund.

“If the standoff continues, the broadcaster will run out of money by April,” Chairman of the PB Board, Surya Prakash told The Wire.

The allocation is routed through I&B Ministry, which releases money to the institution on monthly basis, which is then used to pay salaries to its approximately 5,000 employees.

Every month the ministry had been creating problems before releasing money, and since December, it has not released money for salaries.

Prakash had not only rejected the ministry’s demand that Doordarshan pay a private company Rs 2.92 crore for an assignment, he and his board also angered Irani by blocking a move to fill two key editorial posts with journalists whose salaries would have been much higher than PB could bear.

Though the nomination of the journalist was made by a search committee, Irani is said to have personally backed their selection.

Ministry sources said, one of the journalists functions as her “unofficial media advisor”.

At the Prasar Bharati board meeting on February 15, I&B ministry’s representative, Ali Rizvi, allegedly threatened to withhold the money for employee salaries, to which Prakash retorted.

DD and AIR have around 1000 of their own staff including casual and contract employees. Their salary bill has to be met from Prasar Bharati’s own revenue.

But there are more than 5000 Central government employees whose emoluments come from Central funds.

The BJP under PM Modi is autocratic and arrogant, communal and divisive. It is destroying the very core values and principles which form the ”Idea of India” – values of an inclusive and pluralistic democracy.

Freedom of Expression is being curbed, rationalists and some sections of the Press are threatened, judges are murdered, EVMs are tampered with, students are attacked and killed, history and culture are being maligned and rewritten.

People are threatened and intimidated for not towing the line of the government. A certain rhetoric is being forced down the people of India.

No Institution is spared. Democracy is at stake!