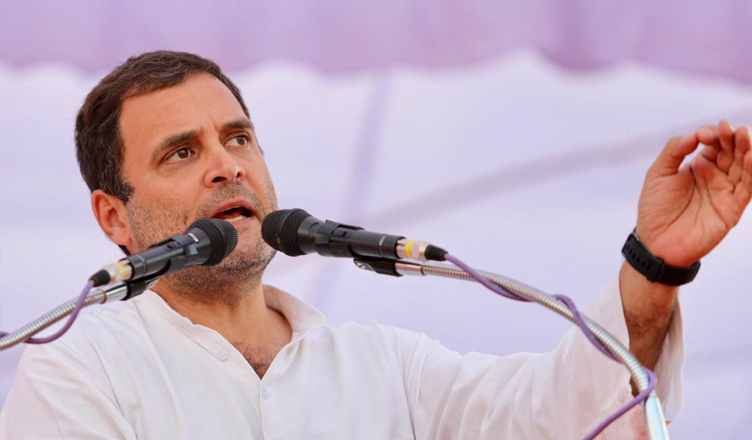 Congress President Rahul Gandhi launched an attack on the Bharatiya Janata Party (BJP) government in Madhya Pradesh and said that due to the absence of the Land Acquisition Act, big industrialists are illegally acquiring lands from farmers and Adivasis and are creating a land bank.

“The Land Acquisition Act is not implemented in MP. Big industrialists are acquiring lands illegally from farmers, Adivasis and are creating a land bank. No employment is generated here,” Gandhi said while addressing a public meeting in Mandla, Madhya Pradesh.

Under the Land Acquisition Act, the one who acquires land from farmers, Adivasis is supposed to use that land within 5 years and generate employment.

Gandhi then hit out at Chief Minister Shivraj Chouhan and said that the latter fails to explain what happened in the Vyapam scam, in which 50 witnesses were killed.

“Chief Minister Shivraj Chouhan has made 21,000 promises and yet fails to explain what happened in Vyapam scam, in which 50 witnesses were killed. He has made MP a corruption centre,” he said.

“Shivraj ji snatched ₹3000 crore from you in the E-Tendering scam and gave it to his friends and relatives,” he added.

Gandhi also commented on the increase in the price of LGP cylinder.

The Gandhi scion further said that the Congress will not let BJP destroy the Constitution.

“The BJP has another goal. They want to destroy the Constitution given by the Congress and Ambedkar to this country. But we won’t let them do this,” he said.

Earlier in the day, Gandhi addressed two public meetings in the state in Deori and Barghat.