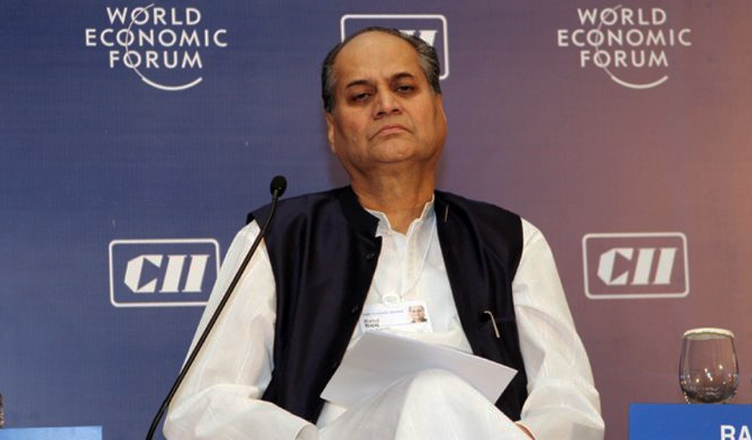 Industrialist and Bajaj Group Chairperson Rahul Bajaj was courageous enough to question the Narendra Modi-led government over their aversion to criticism.

At The Economic Times‘ ET Awards 2019 even in Mumbai on Saturday, Bajaj directed questions to Home Minister Amit Shah, Finance Minister Nirmala Sitharaman and Railway Minister Piyush Goyal. He said, “During UPA-II, we could abuse anyone…You are doing good work, but if we want to openly criticise you, there is no confidence you will appreciate that. I may be wrong but everyone feels that.”

“This atmosphere, it is certainly on our minds. Nobody will say. Our industrialist friends will not say it. I will say that openly. Some better replies will have to come, not only a denial. An environment has to be created. A clean environment is very important,” he said.

Bajaj further added that no one else from the business community would raise this matter.

Taking a potshot at the Modi government, Bajaj said, “My grandfather was supposed to be the adopted son of Mahatma Gandhi. My name, you will not like it, my name Rahul was given to me by Jawaharlal (Nehru) ji.”

Bajaj also raised P. Chidambaram’s issue (without naming him), who has been under custody for over 100 days in the INX Media case.

“It’s not only that Bhagwatji (RSS chief Mohan Bhagwat) says lynching is a foreign word. Lynchings happen in the West… minor points maybe, but it creates a hawa. A hawa of intolerance. We are afraid. It is our fault that we are, but there are some things I did not want to say, we see that someone has not even been convicted, not become a convict, not rape, not treason, not murder, white collar crime, very bad, pickpocket, all right, a matter of thousands of crores, yes that is wrong, but without being convicted someone is in jail for 100 days. I am not supporting anybody. I don’t even know the

person except hello-hello. In 40-50 years, I have never met any minister in office or at home, Piyush (minister Piyush Goyal who was present) will agree with that because I know him very well. Never asked anything…,” he said.

“I was born anti-establishment, UPA or anybody else. My concern is minor things…. Today anybody can be called a patriot, you know the man who shot Gandhiji, or is there any doubt about that, I don’t know. This was said earlier, you gave the ticket, she won, that’s all right, she won because of your support, no one knew her. Gave her a ticket, then you brought her into the consultative committee. The Prime Minister had said that it would be difficult for him to forgive her, still you brought her into the consultative committee etc. etc. All right, she was removed, and for this session, this small session, she won’t have the permission to attend. This is one example,” he said.

The Congress applauded Bajaj for “calling a spade a spade.”