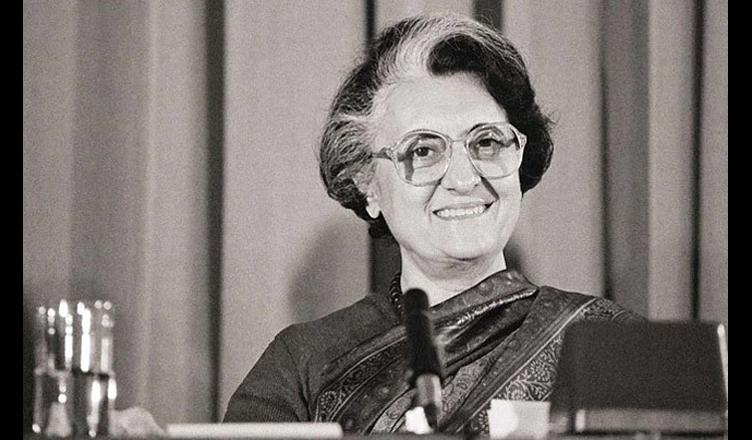 Indira Gandhi was one of the greatest Prime Ministers India was bestowed with. Rightfully called as the ‘Iron Lady’, Indira Gandhi was an independent woman who took some of the toughest decisions keeping in mind her country’s welfare.

People have very conveniently blamed her for imposing Emergency in India in 1975, but rare have been able to see the real motive behind it, which was to overcome the threat to the national security and better the economic conditions.

Not just this, the Iron Lady has given such milestones to India, that she, as a leader and a woman, has left a lasting impression in our mind and heart.

Some of her achievements:

In 2008 when the world faced a financial crisis, India was relatively insulated. One important reason for this was the fact that our banks had been nationalised by Indira Gandhi in July 1969. This had electrified the country and immediately led to vastly expanded credit flows to farmers and small businesses.

Indira Gandhi built upon the foundations laid by Jawaharlal Nehru to convert India into a growing nuclear power. India conducted its first “peaceful nuclear experiment” as she described it on May 18, 1974, building up the country’s capability without anyone finding out.

If there’s a defining event in the Prime Ministership of Indira Gandhi, it is the liberation of East Pakistan in 1971. It was the people of East Pakistan who launched their war of liberation. It was Indira Gandhi who, through immense moral and political support, allowed millions to flee from the brutal oppression by the Pakistan army and find refuge.

Also read: BJP has divided Chhattisgarh into two, one of suit-boot and other of common: Rahul Gandhi

The Indian space programme received its biggest impetus under the leadership of Indira Gandhi, a firm believer in self-reliance, who supported Indian scientists and technologists as they created the Indian Space Research Organisation and its network of institutions.

India’s self-sufficiency in food and many sectors of agriculture owes to the Green Revolution that Indira Gandhi mentored. Encouraging Indian scientists to collaborate with their international counterparts, her policies resulted in Indian farmers taking to the new varieties with great enthusiasm.

Indira Gandhi was one of the world’s first leaders to embrace policies to protect the environment, long before it became a survival imperative. It was because of her personal interest and initiative that a number of conservation programmes were launched and laws put in place to protect our forests, wildlife and deal effectively with water and air pollution.

We salute the woman who took India forward as a country and kept country’s welfare ahead of everything.