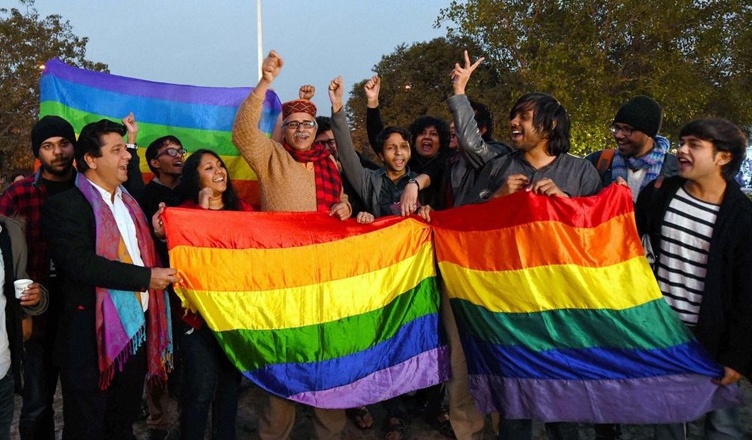 “Sexual orientation of an individual is natural and discrimination on the basis of sexual orientation is a violation of Freedom of Expression,” the Supreme Court observed on Thursday while striking down Section 377 of the Indian Penal Code (IPC).

“Section 377 to the extent it criminalizes sexual acts between consenting adults, whether homosexual or heterosexual, is unconstitutional,” Chief Justice of India (CJI) Dipak Misra heading the five-judge bench said.

CJI Misra said that LGBTQ community has the same fundamental rights as citizen.

The judgment of CJI Misra and Khanwilkar also hold that bestiality will continue to be an offence under Section 377.

Section 377, which came into force in 1861 during the British rule, refers to ‘unnatural offences’ and says whoever voluntarily has carnal intercourse against the order of nature with any man, woman or animal, shall be punished with imprisonment for life, or with imprisonment of either description for a term which may extend to 10 years, and shall also be liable to pay a fine.

The issue was first raised by an NGO, Naaz Foundation, and AIDS Bedhbhav Virodh Andolan, in the Delhi High Court in 2001. However, both the petitions were dismissed in the court.

Eight years later, in 2009, the Delhi High Court decriminalised sex between consenting adults of the same gender by holding the penal provision “illegal”.

In 2014, the apex court directed the government to declare transgender a ‘third gender’ and include them in the OBC quota.

On August 24, 2017, the SC stated that “the protection of sexual orientation lies at the core of the fundamental rights and that the rights of the LGBT population are real and founded on constitutional doctrine.

In January 2018, a three-member SC bench heard a petition asking the apex court to revisit the Naaz Foundation judgement. The case was then referred to a larger bench and Centre’s help was also sought.

It is indeed, a day of Pride for India.