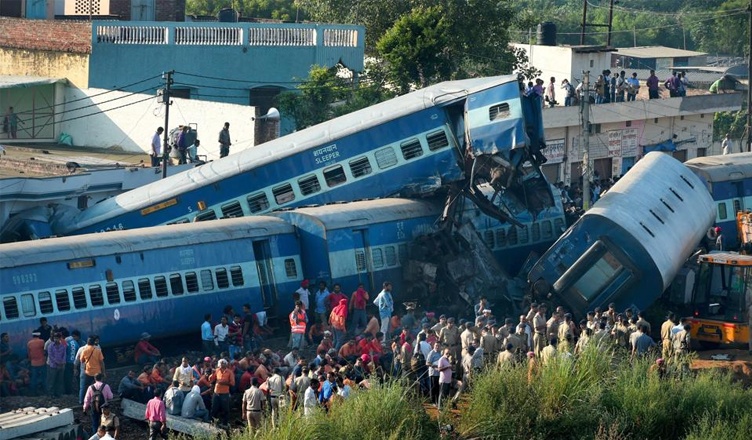 Indian Railways are in a dismal condition. Instead of progressing, the railways are moving in a regressive direction.

The data revealed in the form of reply given by Minister of State for Railways Rajen Gohain in the Lok Sabha on Wednesday.

“49,790 deaths were reported between 2015-2017. Deaths on railway tracks occur due to trespassing, violating safety and cautionary instructions, avoiding over bridges, using mobile phones and other electronic gadgets while crossing railway tracks,” Gohain informed the Lok Sabha.

The Minister of State for Railways also informed that 38 percent trains have been delayed in the last three months.

39 percent trains were delayed in the month of April, 40 percent in May and 35 percent in June, taking the average delays to 38 percent in the last three months.

Apart from this, Indian Railways commissioned 30 percent fewer tracks in the last financial year. It is the lowest in the four years of Modi government.

According to the data submitted by the railways in the Lok Sabha, it commissioned 1,861km of tracks during 2017-18, a decline from 2,855km in the previous year.

The condition of railways is bad, but our Prime Minister is busy promoting bullet train.

Instead of improving the condition of what we have already got, this government is focussing on things which are still on paper.