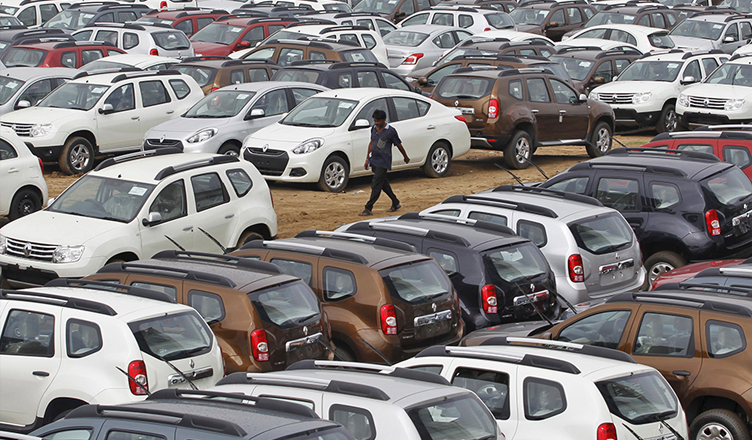 A prolonged sales slowdown has deepened the labor crisis in India’s automobile industry with almost tens of thousands of workers losing their jobs in the past few months. There has been a downsizing of almost 40,000-50,000 labor force at Gurugram and Manesar the largest automotive hub in INDIA. The situation is also severe in Pune and Chennai where automotive industry flourishes.

Indian automaker Mahindra and Mahindra Ltd (M&M) said on Wednesday it saw a “huge danger” of job losses in the ailing domestic auto sector, as it sought government intervention, including tax reductions to revive demand. M&M said in a statement it was only able to maintain margins due to falling commodity prices and the government must reduce the goods and services tax (GST) rate to spur demand.

M&M’s heavy goods segment, which makes trucks and tippers, saw its worst growth in nearly six years, the company added, as it reported a June-quarter consolidated profit that nearly halved from a year ago.

Also read: Article 370 revoked: Over 500 leaders and workers detained in Jammu and Kashmir

Maruti Suzuki, the country’s biggest carmaker, cut its temporary workforce by 6 per cent over the past six months, Reuters reported on Friday. There is little sign of a revival.

Tata Motors has had week-long shutdowns at four of its plants in the past two weeks, while Mahindra has said it had 5-13 days without production at various plants between April and June.A statement from Tata Motors said it has aligned production with demand and adjusted the shifts and temporary workers.

Honda has stopped production of some car models at its plant in Rajasthan since July 16 and is halting manufacturing entirely at its second plant in Greater Noida for 15 days from July 26.

The downturn – regarded by industry executives as the worst suffered by the Indian auto industry – is posing a big challenge for Prime Minister Narendra Modi’s government as it begins its second term at a time when India’s jobless numbers are climbing.