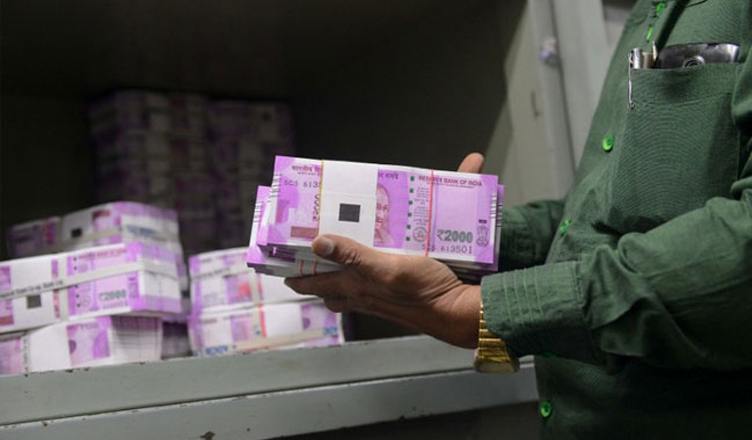 As the value of the rupee continues to depreciate against the dollar this year, external debt is one of the problems along with oil that India will have to face.

In the coming months, if the same trend continues, India will have to pay an extra ₹68,500 crore to repay short-term external debt.

The currency has already lost more than 11 per cent to the dollar this year. What is worse, the rupee fell past 72 per dollar to a record low on Thursday.

According to Soumya Kanti Ghosh, chief economic adviser at the State Bank, the country’s oil bill would rise by ₹457 billion if the rupee averages 73 to a dollar this year and crude oil averages $76 a barrel for the remaining half of 2018.

In 2017, India’s short-term debt obligations totalled $217.6 billion, which includes non-resident deposits as well as overseas commercial borrowings by companies. Even if it is assumed that 50 per cent has either been paid in the first half of 2018 or was rolled over to next year, the remaining amount to be repaid in rupees would be ₹7.1 trillion, calculated using the average exchange rate of 65.1 per dollar in 2017.

“For the second half of the year, assuming that rupee depreciates to an average value of 71.4 per dollar, the debt repayment amount would be Rs 7.8 trillion,” Ghosh wrote. That would imply an extra cost of nearly Rs 70,000 crore.

Other risks that Ghosh listed are:

– Increasing bond yields could add to the government’s fiscal costs, which is estimated at up to 0.7% of gross domestic product

– A 10% depreciation in the rupee could add up to 50 basis points to inflation, as per RBI estimates, besides pushing the oil import bill higher

The value of the rupee is only depreciating and Modi government is doing nothing about it.