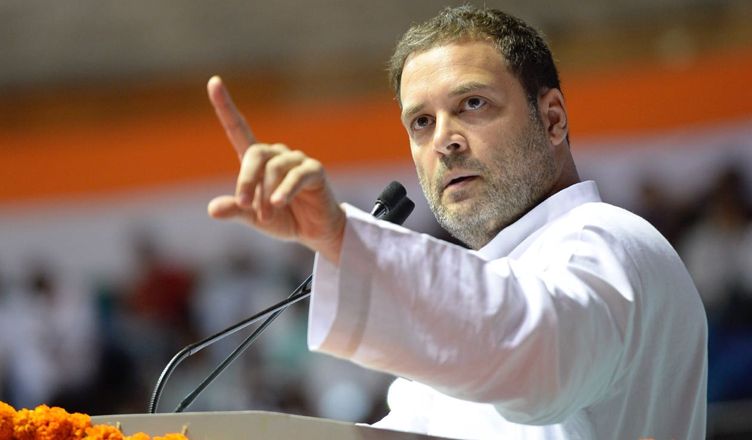 Congress president Rahul Gandhi on Monday launched a scathing attack on the Bharatiya Janata Party (BJP) and Rashtriya Swayamsevak Sangh (RSS) for dividing the country. He said that the freedom of speech had been snatched from the people, especially for those who wish to voice their opinion against Prime Minister Narendra Modi and RSS.

“Today, our nation has become a slave of 2-3 BJP leaders and RSS. Everyone including MPs is afraid to speak. Most of them are not allowed to speak. And those of us who do speak, the BJP does not listen to. Only RSS is given a hearing,” Gandhi said while addressing the ‘OBC Sammelan’ in the national capital’s Talkatora Stadium.

Pitching support to the OBC communities, the Gandhi scion said that the PM’s claim of dearth of skills is wrong, as the OBC community is very skilful. He further said that because the banks are not open to OBCs that they can’t display their talent and skill.

“Why are the banks not open to our farmers and small businesses? There is no dearth of skills amongst OBC communities, but they lack capital,” he said. “BJP’s strategy is clear. 15-20 rich capitalists will give thousands of crores to PM Modi and all benefits will go to just those 15-20 rich people. Those benefits will not be passed on to OBCs, farmers or tribals,” he added.

He further said that Modi could give Rs. 2.5 lakh crore to industrialists but could not waive off farmers’ loans.