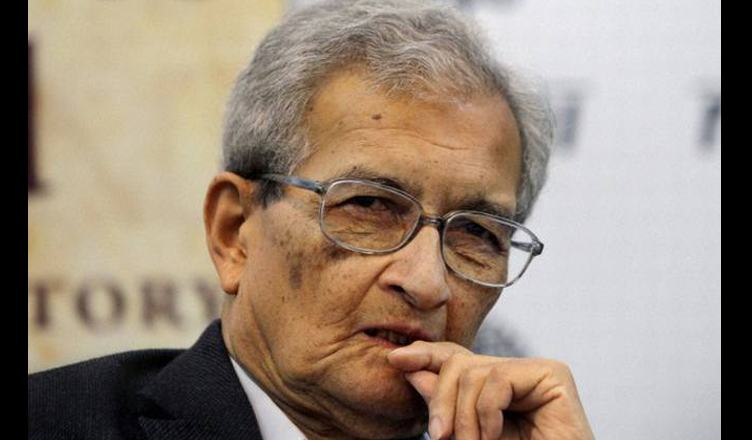 “Things have gone pretty badly wrong… It has taken a quantum jump in the wrong direction since 2014. We are getting backwards in the fastest-growing economy,” Sen said while speaking at the launch of ‘Bharat Aur Uske Virodhabhas’, the Hindi edition of his book ‘An Uncertain Glory: India and its Contradiction’ that he co-authored with development economist Jean Dreze.

Twenty years ago, India was the second best after Sri Lanka. The six countries included India, Pakistan, Bangladesh, Sri Lanka, Nepal and Bhutan. “Now, it is the second worst. Pakistan has managed to shield us from being the worst,” he said.

Sen also raised the issue of existing inequalities and said that demands and needs of those who clean lavatories and sewage have been neglected.

The economist also opined that the Opposition unity is crucial at a time when political battle has been raged by playing up the Hindu identity.

“Which is why, at this time, the whole issue of Opposition unity is so important. It is not a battle of one entity against the other (or) Mr (Narendra) Modi against Mr Rahul Gandhi; it is an issue of what India is,” he said.

Dreze, who was also present at the event, termed the Government’s healthcare scheme Ayushman Bharat a “hoax”. “It is projected as health insurance for 50 crore people, but it is virtually nothing. The budget (for the scheme) for this year is 2,000 crore. Even if it is spent, it’s less than 20 rupees per person,” he said.

Sen has raised some pertinent questions which this government needs to answer and address the real issues which the country is facing.