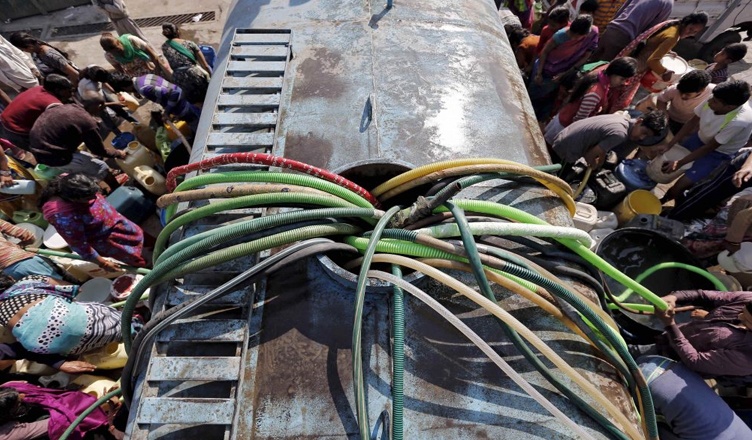 “By 2030, the country’s water demand is projected to be twice the available supply, implying severe water scarcity for hundreds of millions of people and an eventual 6% loss in the country’s GDP,” the report further read.

The report also read that 21 cities, including, Delhi, Bengaluru, Chennai and Hyderabad are expected to run out of groundwater by 2020, affecting 100 million people.

The report also says that the key driver of India’s groundwater crisis is the current legal framework (riparian law) that ties land rights to water rights and allows landowners to extract groundwater unchecked. Since groundwater is a common, finite resource, this has implications for both the distribution and sustainability of groundwater in the country.

As per ranking, given by NITI Aayog, to all states on the composite water management, comprising 9 broad sectors with 28 different indicators covering various aspects of ground water, restoration of water bodies, irrigation, farm practices, drinking water, policy and governance, Populous northern states of Uttar Pradesh, Bihar, Rajasthan, Haryana and others emerged as the low performers in the country.

This highlights a severe water management risk for the country going forward.