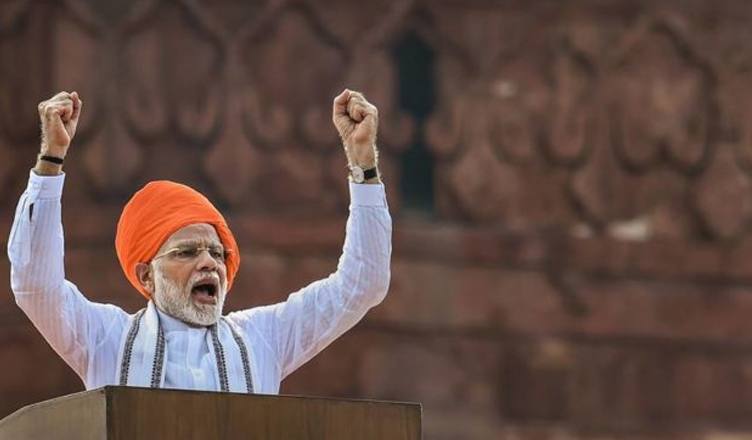 In his Independence Day address to the nation on August 15, Prime Minister Narendra Modi made several claims regarding various policies such as Pradhan Mantri MUDRA Yojana (PMMY), Swachh Bharat Mission, village electrification, ease of doing business etc. But how true these claims were?

CLAIM 1: 13 crore loans given under MUDRA scheme led to an increase in jobs

TRUTH: The number stated by PM Modi is right. He said in his speech, “13 crore loans under MUDRA is a big achievement. Out of this, 4 crore are the people who have taken a loan for the first time.”

During the Monsoon Session, the Finance Ministry informed the Lok Sabha, “Over 13.47 crore loans amounting to more than ₹6.37 lakh crore have been sanctioned under PMMY as on 3 August.”

But, the claim that the scheme led to job creation is false. According to an RTI filed by India Today, only 1.45 per cent of the total loans given were more than ₹ 5 lakh, whereas over 90 per cent were less than the amount of ₹50,000. According to economists, this is not enough to create substantial employment.

CLAIM 2: 3,00,000 children have been saved because of ‘Swachh Bharat Mission’

TRUTH: World Health Organisation, in its report said, ““WHO lauds India’s commitment to accelerated coverage of safe sanitation services which, assuming 100% coverage is achieved by October 2019, could avert up to 3,00,000 deaths due to diarrheal disease and protein-energy malnutrition (PEM) since the country launched the Swachh Bharat Mission in 2014.”

The report said “can be saved” and not “have been saved”, as said by PM Modi. Also, it would be possible if the rate of implementation is 100 per cent by October 2019.

TRUTH: PM Modi, very conveniently said that it would have taken them decades to achieve 100 per cent electrification if they had continued to work at UPA’s pace.

Let’s bring to his notice an article by Fact Check India. According to its article, 12,030 villages were electrified every year under the UPA whereas Modi govt could only electrify 4842 villages per year.

TRUTH: To achieve this, agricultural growth must be 12% whereas currently, it is at 2.1%.

CLAIM 5: We are driving agricultural export as a policy

TRUTH: This is far from the truth since the annual export of agricultural products has fallen from ₹2.5 lakh crore to ₹64,000 crore since 2013.

CLAIM 6: Five crore people were lifted out of poverty

TRUTH: PM Modi cited a report while claiming that five crore people have been lifted out of poverty. However, he failed to mention that the same report credited this success to progressive Congress policies.

PM Modi should have fact-checked all his points before including them in his Independence Day speech.