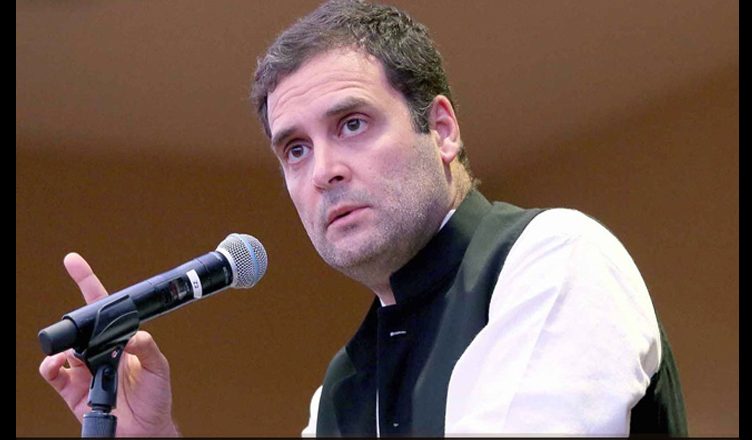 In an interview with The Hindu, Congress president Rahul Gandhi said that it is a battle of ideas in which the grand old party will defeat the Bharatiya Janata Party’s (BJP) ideology of hate and anger. He said that the Congress is a set of values, including those of mutual respect, ideals of empowerment, equality whereas the BJP is diametrically opposed to these ideas and that they are confident they will defeat the saffron party.

Exhibiting confidence over emerging as victorious in the upcoming Karnataka assembly elections, Gandhi said there have been no scams or charges of corruption against Chief Minister Siddaramaiah. He just wants to ensure that the development reaches the needy and the resources can be utilised by the people. “The other issue is that the BJP/RSS ideology on a central one-view vision of India is not acceptable. The people of Karnataka have their own culture and language and do not want to be run by the RSS. The BJP wants to go into every state with the intention of imposing their view and capture its institutions, their design is one of submission,” the Congress President said.

Also read: In Karnataka, Congress vs BJP is a “no contest”: Congress president Rahul Gandhi

Not getting into the game of seat predictions, Rahul Gandhi said he is sure they are winning in Karnataka. Supporting his arguments, he further explained that during the Gujarat elections, it was said that the Congress would not win more than 20-30 seats, but they ended up winning 78+2 seats. This shows that people are tired of the current regime and their jumlas and want to replace them by a party which actually cares for the people and addresses their woes. He asserted that the people of Karnataka hold a lot of respect for the work that CM Siddaramaiah has done in the past five years.

The Congress president hit out at PM Modi over various issues right from corruption to unemployment, farmers’ loans to Jay Shah’s sudden rise. “Modi promised four things during his campaign in 2014 – two crore jobs, correct prices to farmers, corruption and foreign policy. Yet Mr. Modi’s government has said that unemployment is at an 8 year low, farmers have made their issues with Mr. Modi perfectly clear, Amit Shah’s son’s business went from Rs. 50,000 to Rs. 80 crores, Piyush Goyal sold his company to a power company and there is still the GSPC scam in Gujarat. Mr. Modi can’t speak about corruption. As far as foreign policy is concerned in his recent visit to China, Mr. Modi did not bring up the Doklam issue,” he said.

Countering BJP’s accusation of Congress being casteist, Rahul Gandhi said that the BJP is trying to systematically crush a community. He brought attention to the Dalits across the country that are beaten up and butchered while the Prime Minister remains silent.

Denying that his frequent visits to temples and mutts were an attempt at image correction, the Congress president said that as a political leader he visits anyone that invites him to their centre of belief. “No, there is no image correction. But whenever I enter a temple, it deeply disturbs the BJP because they seem to think they own them [temples],” he said.

Karnataka will go to polls on May 12. The results will be announced on May 15.