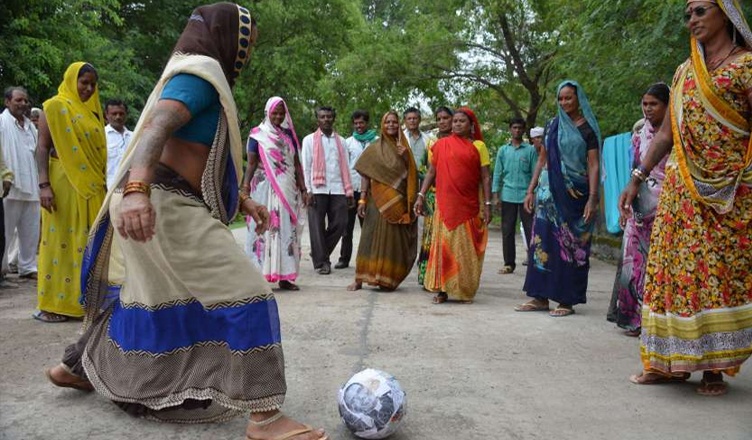 As a sign of protest against the Madhya Pradesh government, few farmers of the silk industry were seen playing football with photos of state Chief Minister Shivraj Singh Chouhan on it.

When police was informed about it, it reached the spot and halted the game. The ball with Shivraj’s photos on it was also confiscated by it.

On being ask as to why did the farmers paste Madhya Pradesh Chief Ministers photos on the ball, they told NewsD, “We have been used as a football throughout the year, without granting us the wages. Now it is our turn. We will play football with Shivraj’s photo.”

The farmers are already carrying out protest in the state for past seven days now.

The farmers of the silk industry have alleged the government of not paying them their wages. They have demanded to get their due wages.

It’s unfortunate that despite the state farmers in so much distress, the state government has done nothing to address their problem.