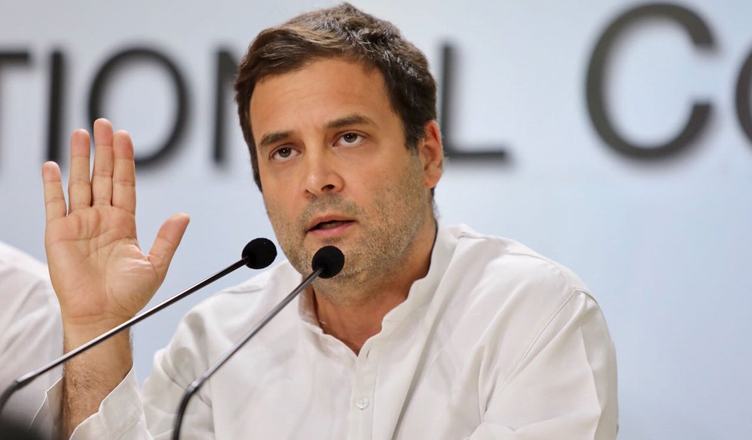 “The BJP disrespected the mandate of the people of Karnataka, Goa Manipur and it tried to subvert democracy in Karnataka. That’s what we fought against. I hope the BJP and RSS learns a lesson from this,” he added.

Commenting on Yeddyurappa and BJP legislators leaving Karnataka’s Vidhan Soudha before the National Anthem was played, the Congress president said that this action showed they had no respect for national institution. Reacting to BJP’s attempts of buying the MLAs in Karnataka, Gandhi said that Prime Minister Narendra Modi does not just indulge in corruption but he is corruption. “You have seen how PM Modi had authorized the buying of MLAs in Karnataka. So, the idea that the Prime Minister spreads around the country that he is fighting against corruption is a blatant lie. He is corruption,” he said.

“Did you notice that after the exercise at the Vidhan Sabha in Karnataka, the BJP legislators decided to get up and leave before the National Anthem was played? This shows that they respect no National institution,” he said.

In what can be termed as both, moral and true victory for the Congress, BJP’s BS Yeddyurappa resigned from his post of Chief Minister without facing a floor test. It is obvious that he and the BJP both were sure of their incapability to prove majority on the floor of the House and thus to save themselves from embarrassment, they decided to let Yeddyurappa step down. We would only say that, all’s well that ends well.