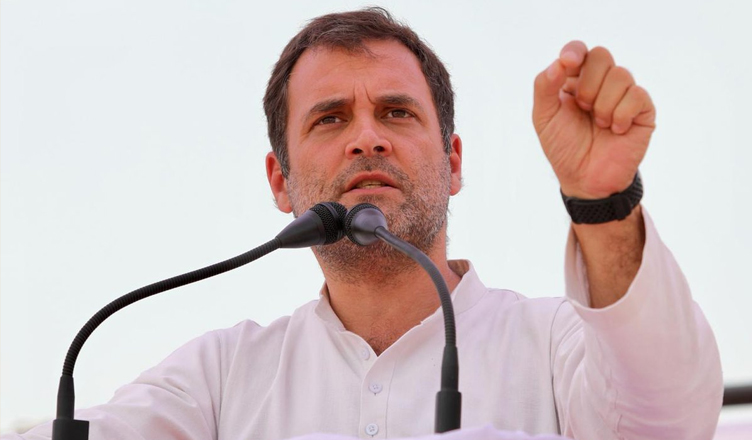 Lambasting Prime Minister Narendra Modi over his decision of demonetisation, Congress President Rahul Gandhi on Saturday said that in the history of Independent India, not a single Prime Minister did something as foolish as noteban.

“In the history of independent India, not a single PM had done something as foolish as Demonetisation,” Gandhi said while addressing a public meeting in Raebareli, Uttar Pradesh.

Stepping up his attack with regard to demonetisation, Gandhi said if noteban was a fight against black money then why did the country witness only “sincere and hardworking” people in queues?

“If Demonetisation was a fight against black money, why did we see only sincere hardworking people in the queues? Why did we see only farmers, labourers in the bank queues? Factories sent workers home when they were shut down because of demonetisation. This peaked unemployment in the country,” he said.

While saying that the Congress Party is there to listen to the ‘mann ki baat’ of people, the Gandhi scion assured that the grand old party would increase the number of work days under MNREGA from 100 to 150.

He also promises a separate budget for farmers, as also mentioned in the party’s manifesto.

“Farmers of India have requested for a separate budget and we have promised the same in our manifesto. This will help them plan their life upfront,” he said.

Reminding people of how PM Modi snatched opportunities from Amethi and Raebareli, the Congress Chief said that the party would deliver double of that to people of both the cities.

“A railway factory unit was to be established in Raebareli. Narendra Modi stopped it from happening. Do not forget this that he stole the job opportunities for the youth of Raebareli. There is a list of projects that Narendra Modi has stopped in Amethi. Whatever he has taken away, we will deliver double of that to people of Amethi and Raebareli,” he said.

Listen to his speech here:

One thought on “In history of independent India, not a single PM did something as foolish as Demonetisation: Rahul Gandhi”