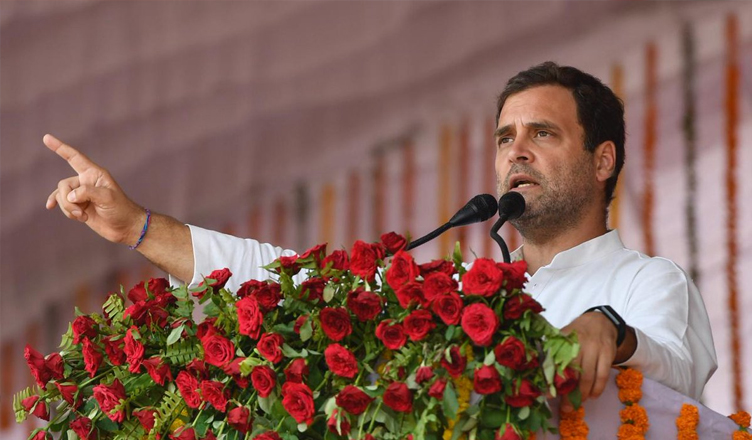 In an emotional letter written to the people of Amethi, Congress President Rahul Gandhi has promised that as soon as Congress comes to power, they will speed up all the development projects that have been blocked by the Bharatiya Janata Party.

In the letter addressed to ‘Amethi Parivaar’, the Congress Chief says that the people of the city give him the strength to stand with the truth and fight for the rights of the poor.

The letter will be distributed in every house of Amethi. Gandhi has urged all the voters in Amethi to cast their vote on May 6 and make ‘the family member’ (Rahul Gandhi) strong.

“Under BJP’s system, Anil Ambani is the boss,” he writes.

He further says that the entire Amethi knows that the BJP has been setting up ‘factory of lies’ and is distributing ‘rivers of cash’ to lure voters, but the saffron party doesn’t know that the strength of Amethi lies in its honestly, integrity and simplicity. 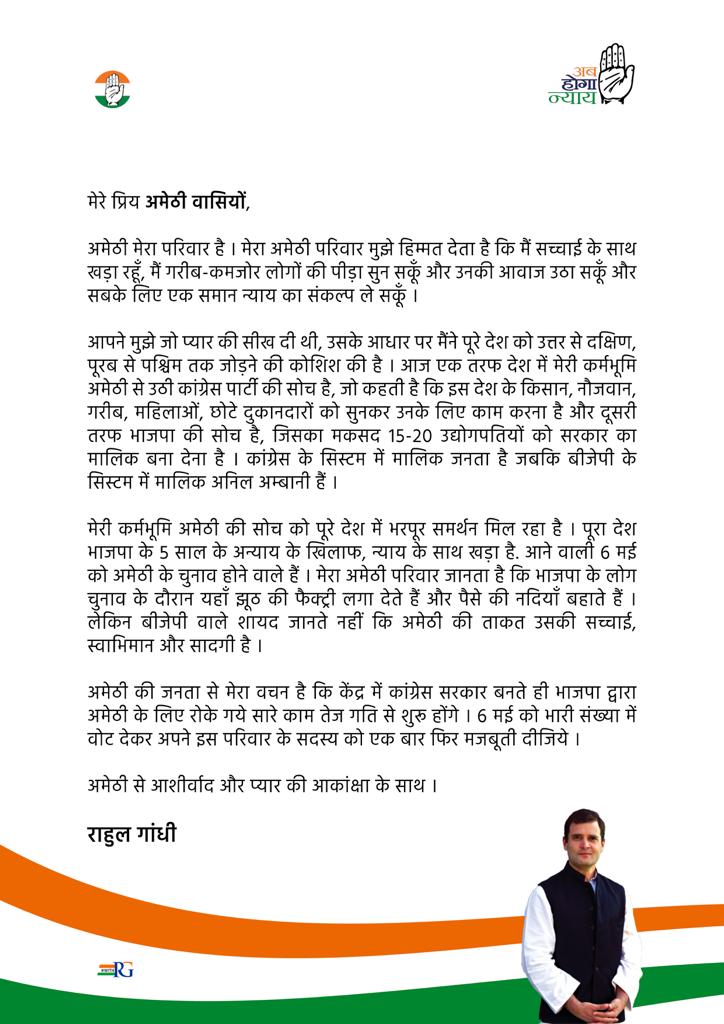 One thought on “In a letter to people of Amethi, Rahul Gandhi promises speeding up of projects stalled by BJP”