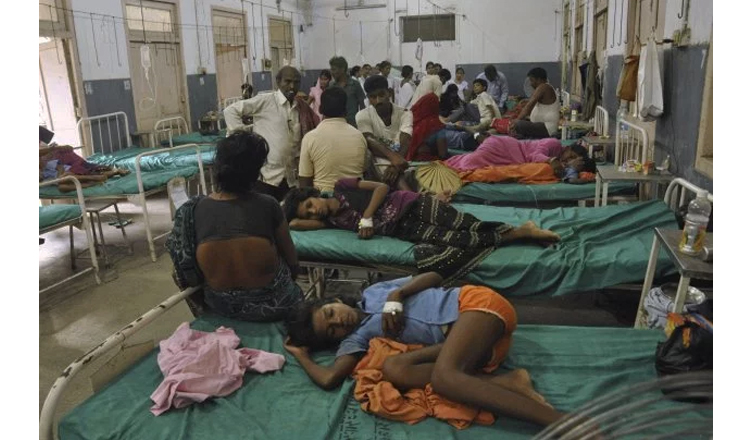 The current government has been putting all its focus on the defence sector and ‘how it has efficiently dealt with terrorism’ was its main point during the 2019 Lok Sabha election campaigning.

One cannot deny that the defence sector of a country has to be strong enough to face any external attacks, but it is equally important to take care of other sectors of the country as well, one of which being the health sector.

Health Check reported that deaths due to health issues are 8,000 times the deaths caused by terrorism.

Also read: SHOCKING: UP journalist thrashed by Railway Police claims they urinated in his mouth

To back its claim, it also gave us stats for the same. According to the South Asian Terrorism Portal, 77 people were killed in 178 terror incidents reported nationwide in 2017. On the other hand, according to the 2018 Global Burden of Disease (GBD), a global estimate of morbidity and mortality published by the University of Washington, there were 9.9 million deaths in India in 2017, with a death rate of 717.79 deaths per 1,00,000 people.

Considering that India is home to a third of the world’s stunted children and has the highest number of tuberculosis patients, it has to be realised that more funds need to be diverted towards the Health sector.

IndiaSpend reported in April 2017 that the National Health Policy of 2017 stated that public-health spending should be increased to 2.5% of GDP by 2025. Sadly, we have not even met the target set in 2010 of allocating 2% of GDP towards the Health sector.

Shows the crisis that we are facing in terms of health and that it’s high time that the government realises the same.