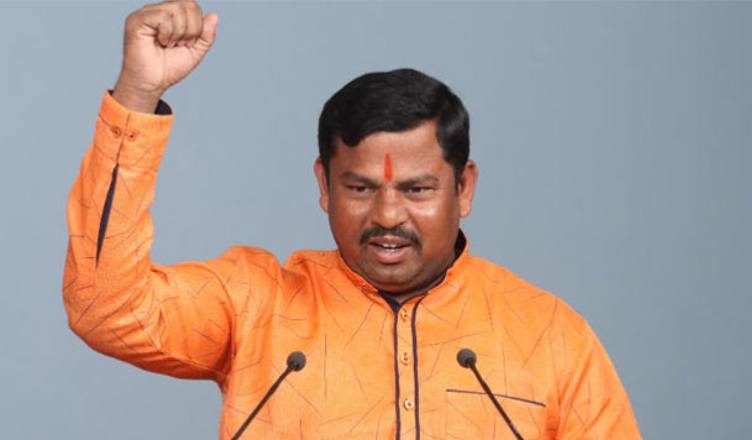 BJP Legislator from Telangana, T Raja Singh Lodh posted a video on Facebook accusing Telangana Chief Minister K Chandrashekhar Rao of begging for votes by hosting a ‘íftar’party’ adding that he would neither host nor ever attend such a party. Lodh said that the CM was trying to appease the minority and only those politicians that were begging for votes hosted íftar’parties.

“These days many Telangana legislators are busy hosting Iftar parties, wearing skull caps and taking selfies. They think if they have to do vote bank politics, they will have to think of ‘sabka saath, sabha vikas‘ (together with all, development for all). This is their thinking. Those who sit with them (those attending Iftar) are ‘vote ke bhikhari‘ (beggars of votes). My thinking is different,” said Lodh. Adding, “This green book (Quran) is responsible for the spread of terrorism in India and it should be banned. I will fight to get it banned.”

Starring in and posting controversial Facebook videos seems to be a favourite pastime of Mr. Lodh, in his last video he said that he wanted an undivided Hindu nation where there was a complete ban on cow slaughter, the temple of Ram in Ayodhya was a reality and all the displaced Kashmiri Pandits returned. He said that since there were more than 50 Muslim countries and more than 100 Christian countries, why can’t there be even one Hindu nation. He has been booked many times for making provocative speeches and statements like the heads of those that opposed the Ram Mandir in Ayodhya should be chopped off.

Quite apart from the many erroneous facts in his statements and videos, the truth that the BJP, RSS, and all their blind followers forget is that India has been a secular country, not only in spirit and essence but also as enshrined in the Constitution.