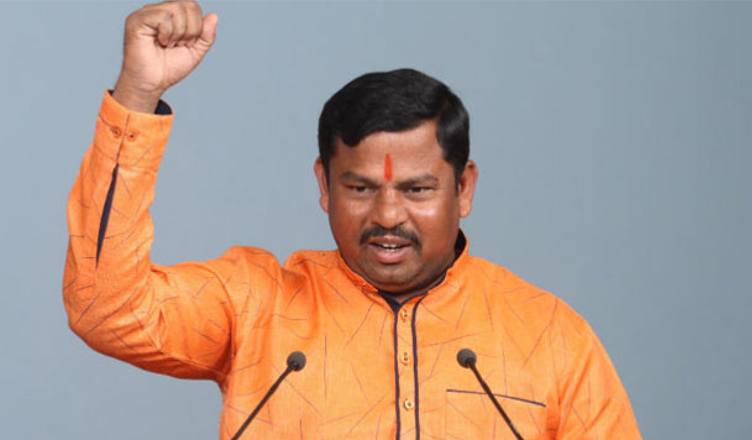 The BJP is famous for making insensitive and controversial statements, courtesy its coterie of ministers. BJP MLA T. Raja Singh has said that Bangladeshis and Rohingya Muslims should be shot down if they don’t leave the country voluntarily.

“If these Rohingyas and Bangladeshi illegal immigrants do not leave India respectfully, then they should be shot & eliminated. Then only our country will be safe,” Singh, a member of the Telangana Legislative Assembly representing Goshamahal told ANI.

“How is it right to keep foreigners in our country?… There is no need to keep these pests in our country. I request the central government to send them away, and if not, like they do in other countries where they shoot dangerous intruders, just like that, in India as well, whichever Rohingya or Bangladeshi does not leave India peacefully, we need to shoot them all,” he said.

The National Register of Citizens (NRC) for Assam is being updated to identify Indian citizens. A draft list of the NRC which is being finalised, excludes 40 lakh people.

This is not the first time that Raja Singh has come up with such a hateful comment.

In the past also, he has been seen making such controversial statements.

In January 2018, while commenting on the communal violence in Kasganj, Singh said, “Every Hindu should carry weapons like lathis and attack other communities’ members if they said anything wrong.”

He had threatened to burn down theatres screening ‘Padmavat” in November last year.

According to NDTV’s hate speech tracker, this is Singh’s 12th such incidence of hate speech since December 2015.

NRC is a sensitive issue. Any leader should refrain from making insensitive and violence-inciting statements.

It should be clear in their minds that NRC is not for divisive politics but only to know Indian citizens and the number of illegal migrants living in Assam.