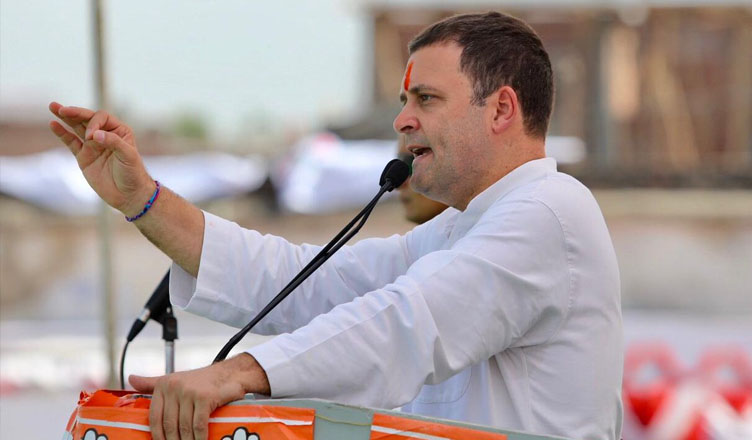 Congress president Rahul Gandhi on Monday launched a scathing attack on Prime Minister Narendra Modi and said that the latter has no room in his heart for the oppressed and the women.

“The Prime Minister has no room in his heart for the oppressed and the women. He has room only for industrialists. Mehul Bhai, Nirav Bhai, Anil Bhai, Lalit Bhai, he never calls farmers & labourers ‘Bhai’. Have you ever heard Modi ji calling poor ‘Bhai’? Never. If he isn’t in suit-boot, he isn’t ‘Bhai’,” Gandhi said while addressing a rally in Madhya Pradesh’s Datia.

Targeting PM Modi for his claim that India achieved nothing in the last 70 years, Gandhi said that by saying so the former insults the people contributed their swear and blood for this nation.

“In the last 70 years, India has progressed in such a way that former US President Barack Obama says that India is one of the main competitors of USA. This is the contribution of farmers, small businesses, youth and women. Yet, PM Modi in his August 15th speech says that there was no progress until he arrived. This is an insult to the people who have contributed their sweat and blood for this nation,” the Gandhi scion said.

The Congress Chief asserted that they will form a government that belongs to farmers and youth.

“Our Chief Minister will put in 18 hours out of 24 hours in generating employment. We will waive off farmers’ loans in the state within 10 days of coming to power,” he said.

Rahul Gandhi, who is on a two-day visit to Madhya Pradesh, will address another gathering at Dabra.