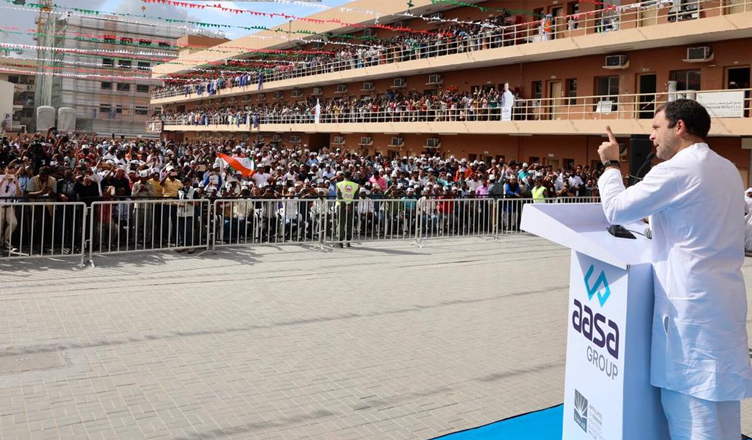 On the first day of his two-day visit to the United Arab Emirates (UAE), Congress president Rahul Gandhi interacted with Indian workers in Dubai and said that he has come there to listen to their ‘mann ki baat.’

Some highlights from his address:

Gandhi, arrived in Dubai on Thursday evening, where Indians from across the city had gathered at the airport to greet the Congress president.

Earlier in the day, Gandhi met business leaders at a breakfast hosted by entrepreneur Sunny Varkey.

Khaleej Times reported that Gandhi will also be meeting UAE ministers during his two-day visit.

Gandhi would also be the “official chief guest” at the ‘Indo-Arab cultural programme’ to be held at the Dubai International Cricket Stadium on January 11.

One thought on “I have come here to listen to your ‘Mann ki baat’: Rahul Gandhi in UAE”