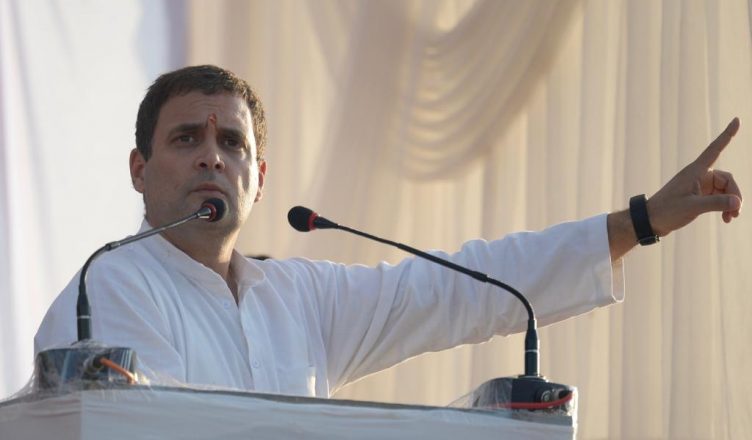 A day after the second anniversary of Demonetisation, Congress president Rahul Gandhi on Friday challenged Prime Minister Narendra Modi to speak about Demonetisation from the stage from where he was speaking today in Chhattisgarh.

“Why did Mr. Modi not talk about Demonetisation in his speech today? Because he knows, people will mock him. I challenge him to say Demonetisation was a good move,” Gandhi said while addressing a public gathering in Dongargarh, Chhattisgarh.

Alleging BJP of indulging in corruption, Gandhi mentioned about the Chit-fund scam that took place in the state.

“In Chit-fund scam of Chhattisgarh, CM Raman Singh’s friend absconded with people’s money. Was anyone held accountable? Whether it is Mr. Modi at the Centre or Mr. Raman Singh in Chhattisgarh, BJP leaders are blatantly corrupt,” he said.

The Gandhi chief promised that if the Congress government comes in the state, it would take good care of farmers.

“We will ensure that Chhattisgarh farmers get MSP of 2500 for paddy and 15 quintal limit will be abolished. Congress govt will also give the farm bonus that BJP hasn’t given in the last 2 years,” he said.

Earlier in the day, while addressing a public gathering in Rajnandgaon, Chhattisgarh, the Gandhi scion said that if the note ban was announced to fight black money then why were there no hoarders of black money found standing in queues during that time.