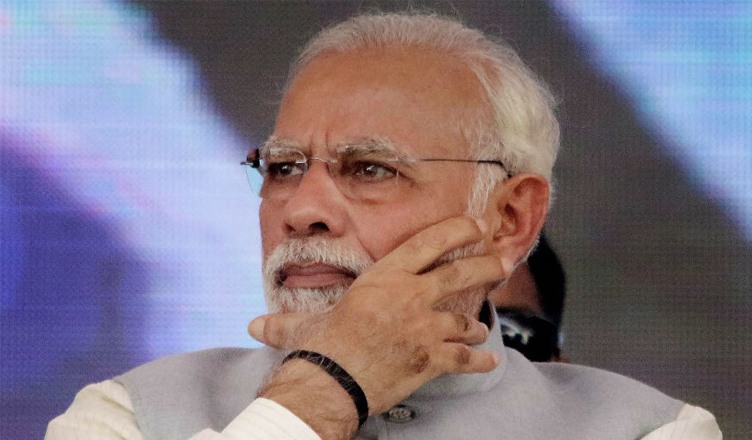 You are great. Very great.

It is so wonderful of you that you have decided to observe fast on April 12, in protest against the disruptions in Parliament. Perhaps you could have expressed your displeasure over the rising atrocities against minorities, women, Dalits and other vulnerable sections of the society. Or maybe you’d do that just before 2019.

For now, we are glad that you want to end this business of disrupting Parliament. We’re fed up of legislators running to the well of the house holding placards. I am sure, if you decide to scare them with you 56-inch chest, or that red eye you show China, our errant lawmakers will not run into the well any more and posterity will be indebted to you for stopping this “All is (in the) well” business.

Imagine, what a great thing it will be when future generation kids learn rhymes like, “Ding Dong Bell…Modi in the Well….”

I heard that some of your legislators are also going to not take salary for the days that Parliament was wasted. Some fellows who unnecessarily have memory are telling me that disruption of Parliament was called a legitimate strategy and an essential part of democracy, by some very senior leaders in your party. They are so foolish that they don’t know that you are the only leader in your party. How can anyone be above you? How can anyone question you? Don’t they know that you dislike press conferences and taking questions from people?

Anyway, I want to remind them that if disruption of Parliament was BJP’s policy, why would you pass the Union Budget in 36 minutes? Of course, there is no need to discuss it. Why chumma do timepass? That too poor Mrs Mahajan has suddenly been afflicted by dyscalculia. Heavens be blessed, she was saved the daunting task of counting the members who want to introduce a no-confidence motion.

That’s why you are great. Very great Modiji.

What is this no-confidence motion some of them want to introduce? It is about special category status for Andhra Pradesh?

Is that why they are running to the well? Someone must remind them about who’s gonna be red-eyed in the well … Ding Dong.

But I must confess Modi ji. Some of us in Andhra are very angry. But I promise you, we are also very forgiving people. We tend to forget quickly too.

See, we already forgot that your present adversary, but buddy in the past and buddy for the future, Naidu Garu once claimed that Telangana was created with his support. Then went back on those words. He claimed he was the brainchild behind demonetisation. Then he went back on his words. Some people have started calling him U-turn uncle now.

Also, you will remember Modiji, that he welcomed the special package that you announced in 2016, in lieu of the special category status, which also you had announced earlier, in 2014.

But now, he has as usual done a U-turn. What is this Modiji? Why are both of you doing synchronised U-turns? I have a feeling you guys are inventing some kind of dance. We saw a glimpse of it when Naidu Garu gave a Babaji lots of land in the new capital of Andhra Pradesh and then the two of them danced. Seriously Modiji. I mean it. Trust me and just YouTube it. In any case, I can’t con like you guys. That’s why in this internet age, both of you are national i-cons.

You know Modiji, whenever I see that video of Naidu Garu gifting land to Babas and dancing, my mind starts playing that Hindi song… Babaji Ki Booty. And yes…. Babaji, I love you. Please bless me with the flower power that you have blessed Naidu Garu’s son and alleged youth i-con with. In this age of lies, he rattles of truth. Like he said in 2014 that the TDP’s a communal and casteist party.

Recently, he claimed that you Modiji were the PM in 2014 and also that TDP will not rest till Andhra Pradesh is bifurcated. Or something like that, because honestly it is hard to comprehend what he’s saying. I think he plays mind games with himself.

So, as you fast Modiji, also think about the furious. Of course, you great people needn’t be told what to do. While the imbeciles are going about vandalising statues, as if they’re practicing some sort of voodoo to control the ideas these people represent, Naidu Garu had the vision to backstab a statue when it was still alive. Today he goes around garlanding the statue of a man, his father-in-law and founder of his party, who once called Naidu Garu a blemish on democracy.

Anyway, you two have worked hard on washing out democracy. No democracy, no blemish. Voila! But if we point this out, Naidu Garu’s yellow flowers (as his bhakts are called) become furious.

That’s why Modi ji, you must go on with this farce… err, I mean fast. No need to bother about answering people and issues raised. Be the tsunami that Shahji said you will be. Since you’re back from Champaran, you could use this new slogan – Be the disaster you wish to see.

And if anyone wants to talk about old fashioned ideas like listening to the Opposition or the tenets of parliamentary democracy or things like that, we will remind them about the rhymes posterity shall sing in future as a tribute to you and your all-lies… err allies: