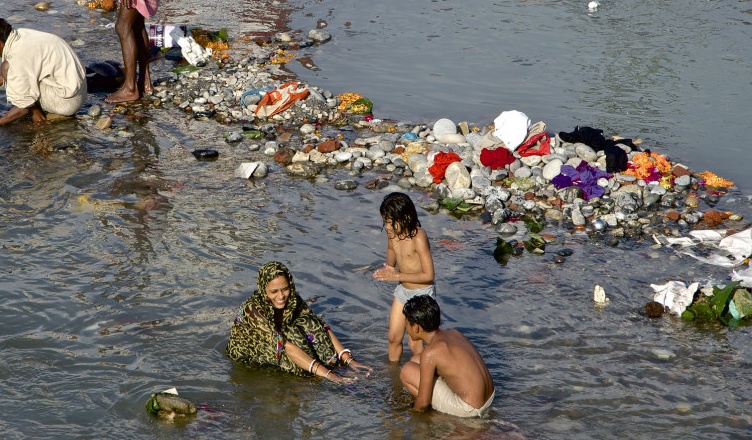 Water levels of the Ganga, India’s holy river are receding fast. The District Magistrate of Varanasi had to implore the Chief Secretary of Irrigation Uttar Pradesh to release water from Naroura barrage or the Kanpur barrage so there could be some water flow in the river. DM Yogeshwar Mishra in his urgent communication mentioned that upon visiting the river bank and the Ghats he was alarmed at the serious decrease in the water level. He mentioned the historical and spiritual significance of Varanasi where millions of pilgrims visit the holy city and river every year. 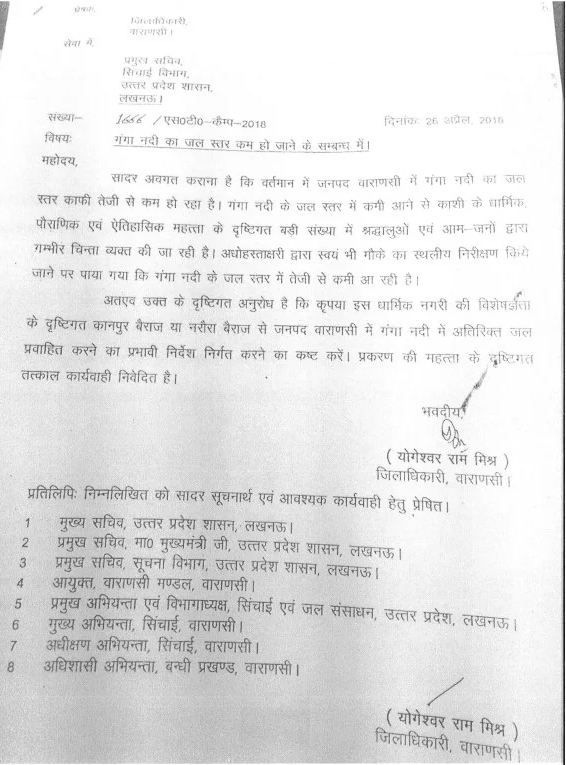 According to Saurabh Singh, an arsenic expert from the Inner Voice Foundation, the central and state governments are wrecking the natural ecological balance that used to keep the Ganga clean. The Inner Voice Foundation is an NGO that works on arsenic mitigation across the Gangetic plains. Roads, lighting, and construction are given priority leading to an increase in pollution and arsenic levels. Near the Lalita Ghat, thousands of fish were found dead because of pollutants and reduced levels of oxygen in the water. There are also plans to shift the turtle sanctuary to build a floating tourist village on the river, unfortunate since the turtles play their part in cleaning the river quite well.

Varanasi, just like many others in India, is facing a severe shortage of drinking water – with a population of 2 million the requirement is 311 MLD but actual supply is closer to 135 MLD. Rather than spending so much on construction and lighting the city, a resident questioned the decision not to spend that amount on providing drinking water to the residents.

“Even during severest of summer months, we could never see the last step of the stairs leading to the river at the different ghats,” recalls AD, a third-generation resident of the holy city of Varanasi. “But this year, the river has dried up so much that to reach the river one has to walk at least 30 feet in the sand,” he claimed.

Varanasi is a part of PM Modi’s Lok Sabha constituency and on the priority list of the Urban Development ministry’s ‘smart city’ list. Ensuring cleanliness, purity and the uninterrupted flow of the Ganga was also on the BJP Manifesto for their 2014 campaign.