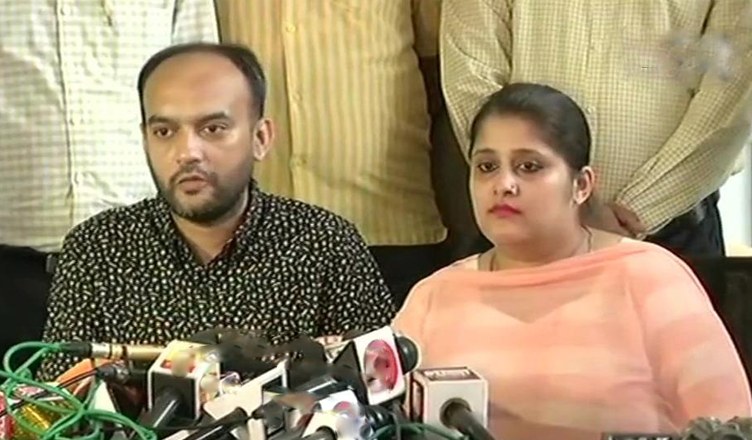 A Hindu-Muslim couple was humiliated by an officer at the regional passport office in Lucknow only because their religions were different. Officer Vikas Mishra blatantly refused to accept their marriage and asked the man, who was a Muslim, to convert to Hinduism. Not just this, the officer refused to approve the girl’s application and slammed her for marrying a Muslim and not changing her name.

What does this indicate? Is this what the term ‘secular’ means in India? Since when has this practice of issuing passports based on person’s religion started? The BJP government, which has been vouching for a ‘Hindu nation’ since the time it came to power has given courage to such unworthy elements in the society, whose narrow-minded and conservative mentality will never let them lift them up and see the world with a wider horizon.

Tanvi Seth and her husband Anas Siddiqui are married for 11 years. Tanvi did not change her name because she did not want to and even their families had no problem with it. Above that, there is no law which forces a woman to change her name once she is married. So then who gave this right to the passport officer to raise such a question and reject their application on this basis.

Also read: BJP’s Dilip Ghosh’s open threat to Trinamool: Every bullet will be made to count

However, the MEA handed over their passports to them the next day. This also happened because Tanvi was wise enough to make her harassment and disturbing ordeal public. But, the question is why such a thing happened in the first place.

Vikas Mishra and other like-minded people have reduced India into an intolerant country, with absolutely no respect for other’s religion but only focussing on endorsing one’s own religion.