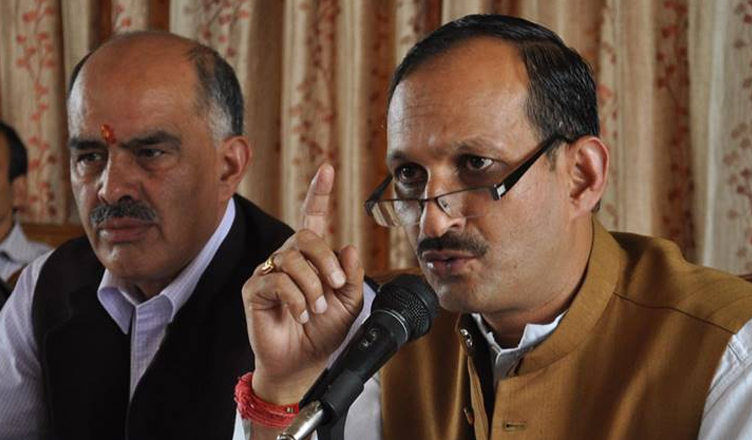 Just four days after the Election Commission barred him from campaigning for 48 hours for using abusive language for Congress President Rahul Gandhi, Himachal Pradesh Bharatiya Janata Party (BJP) president Satpal Singh Satti on Wednesday issued a threat saying that anyone who raises finger at Prime Minister Narendra Modi, his hands will be chopped off.

Looks like, Satti has made it a habit of making derogatory comments against Rahul Gandhi and the Congress.

On April 14, while addressing a rally in Una, Himachal Pradesh, Satti was witnessed making derogatory remarks against the Congress Chief. He was also issued a warning by the District Election Officer (DEO) in Una for the same.

On April 13 again, while making a speech in Solan, Himachal Pradesh, the BJP state chief used the abuse “ma……d” for Rahul Gandhi while giving reference of a purported Facebook post.

One thought on “Himachal BJP chief at it again, says will chop off arms of those who point fingers at Modi”