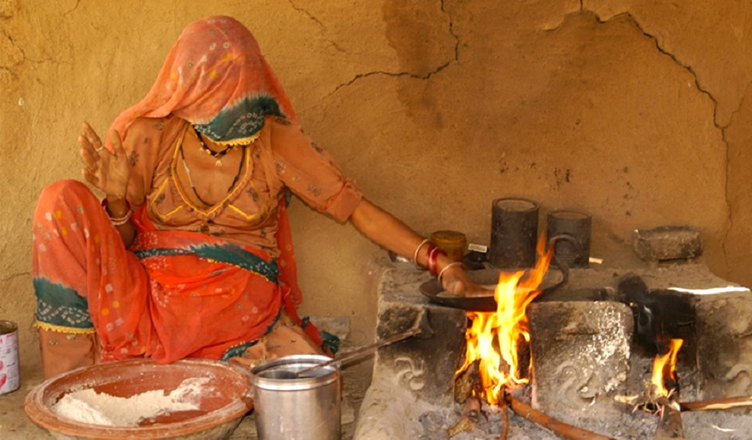 The Pradhan Mantri Ujjwala Yojana (PMUY) launched under the NDA government was termed as a transformative scheme. Prime Minister Narendra Modi has himself praised the scheme on many occasions.

“(As of end-December 2018) nearly 80% of PMUY beneficiaries who have completed one year from the date of the subscription-voucher release have come back for a second refill,” Petroleum and Natural Gas Minister Dharmendra Pradhan told Parliament during the 2019 budget session.

However, the ground reality is just the opposite of what has been claimed.

A research report by International Rice Research Institute shows that despite the PMUY providing LPG connection to 6 crore households, around 98 per cent households continue to use chulhas.

The study was based on survey done in four states of  Bihar, Madhya Pradesh, Uttar Pradesh and Rajasthan. The study found out that 76 per cent of households in these four states do own an LPG connection now. However, more than 98 per cent of these households also own chulhas.

“Refilling the cylinder is a greater fraction of their monthly consumption, and they may be less likely to get a refill immediately after a cylinder becomes empty. Refilling a cylinder costs half the average monthly per-capita expenditure in rural India (National Sample Survey Office 2013), and if used exclusively, the average rural household would likely to go through a cylinder each month. It’s possible that poor households do not refill their cylinders often because of the expense,” the report says.

There are other loopholes as well. First of all, neither the gas connections provided to the rural poor are free nor have they got subsidy (till March 2018) on cylinder.

All the beneficiaries of the scheme are supposed to pay Rs. 1,750 as soon as they get gas connection. Out of this, Rs. 990 is taken for the stove whereas the remaining Rs. 760 is charged for the first cylinder.

The only thing free provided by the government under the scheme is Rs. 150 worth regulator.

Under the scheme, customers have to buy the first six cylinders at market price, which costs around Rs. 750-900. Usually, Rs. 240-290 is provided as the subsidy. From this calculation, the government is able to earn Rs. 1,740 in the form of subsidy from the beneficiaries.

Sensing the failure of its scheme, the government in April 2018, decided to provide subsidy on gas cylinder. So, for now, it has stopped recovering Rs. 1,750. Prior to this change, the subsidy was provided only after getting Rs. 1,750 from each beneficiary.

PM Modi inaugurated the Pradhan Mantri Ujjwala Yojana on May 1, 2016 from the ground of Ballia in Uttar Pradesh. Under the scheme, 5 crore women, who came under the category of BPL and were living in rural areas were to be provided gas connection in three years. The objective was to persuade them to stop using firewood and traditional biomass fuels that have the potential to cause respiratory diseases.

Clearly, the government has neither been able to achieve the number targeted nor has it been able to stop women from using firewood, because the cost incurred by them on gas is too much for them. The government’s claim of providing free gas connection is nothing but a false claim. Ujjwala Yojana has failed to brighten up rural homes.