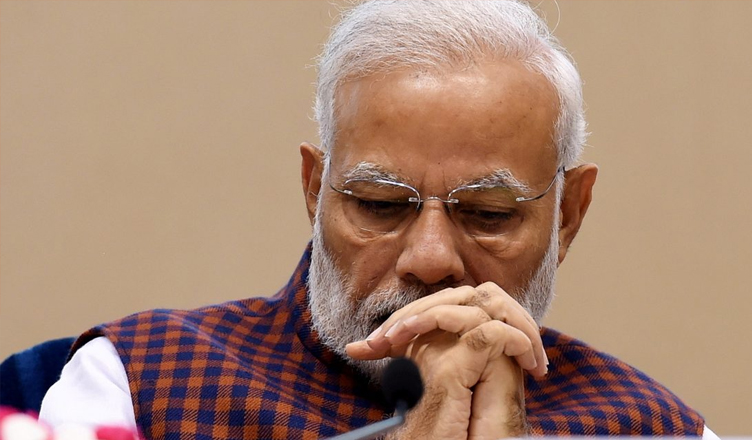 While we have seen Prime Minister Narendra Modi address a number of rallies all across the country and his very famous ‘Mann ki Baat’ on radio as well as television, the audience has not got the chance to witness even one press conference by him in his tenure of four-and-a-half years.

While he proudly carries the tag of a ‘good orator’ as we have only seen him making speeches, we have always seen that hesitation in him when it comes to holding press conferences.

Congress president Rahul Gandhi has time and again challenged PM Modi to hold a press conference and has often mocked him for not holding even one.

Recently, the Congress chief took a dig at PM Modi for not holding a press conference and said he should try holding one someday as it is fun to be asked questions.

Former Prime Minister Manmohan Singh also took a swipe at his successor recently and said he was not afraid of talking to the press.

So, why is it that despite so many personalities challenging PM Modi to address a press conference, he has failed to do the same in these four-and-a-half-years.

Even when it comes to giving interviews, there are very a few people to be named, who clearly have a leaning towards BJP, that our Prime Minister has given interviews to.

He is amazing at answering when it comes to questions like “how are you able to work for 18 hours per day? or “how come do you sleep for only for four hours and yet manage to be active throughout the day?” but when it comes to some serious and hard-hitting questions, he either walks out of an interview or just digresses from the topic.

Well, it looks like his past still haunts him. He has had such bitter experiences that it becomes tough for him to hold press conferences now, fearing his lies might be caught.

Also, his inability to face criticism and accepting his government’s failures stop him from facing media.

Here are a few clippings which will make it crystal clear as to why does the ‘people’s Prime Minister’ runs away when it comes to holding press conferences or facing ‘genuine’ interviews.

In another such interaction with his own party workers, when one of the workers asked that the government is collecting taxes from the middle class but how will it help them, PM Modi simply changed the topic, and instead of answering just replied, “Chaliye puducherry ki vanakkam!”

So, one can understand that why does our Prime Minister “shies away” from media.