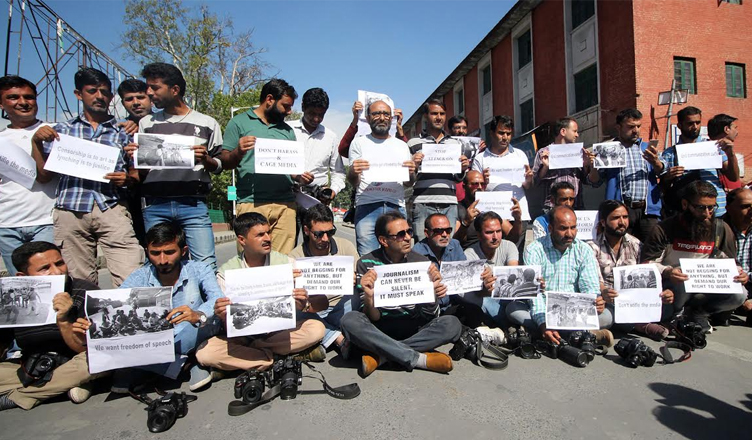 While responding to a question by Trinamool Congress leader Dinesh Trivedi, Minister of State (independent charge) for Information and Broadcasting Rajyavardhan Rathore told the Lok Sabha on Thursday that the government does not have data on how many journalists were attacked or murdered since 2014.

The minister further said that the data was not available as the National Crime Records Bureau (NCRB) does not compile data divided by professions.

Well, let us tell you that according to international non-profit organisation Reports Without Borders, six journalists were killed in 2018 so far.

The Congress, in the wake of the detention of Manipur Journalist Kishorechandra Wangkhem, put out a video yesterday showing the number of journalists killed since the time Modi Government came to power. Wangkhem has been sentenced to a year’s detention under the National Security Act for allegedly criticising Prime Minister Narendra Modi and the BJP government in the state in a social media post.

Here’s the video that Congress posted: