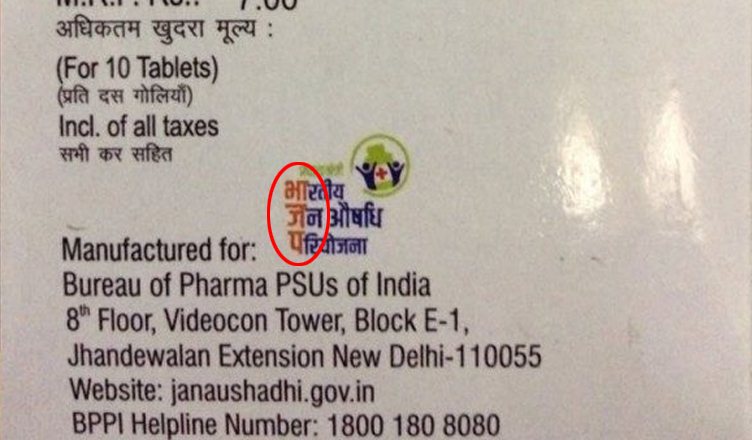 Jan Swasthya Abhiyan and All India Drug Action Network (AIDN) have raised the issue of misuse of Pradhan Mantri Bhartiya Janaushadhi Pariyojana (PMBJP), for the promotion of the Bharatiya Janata Party, and have raised their concern regarding the same in a statement.

The label on the medicines disbursed under the PMBJP highlights the initials of the name of the ruling party in saffron colour.

“It is extremely unfortunate that the labels of drugs dispersed through the Pradhan Mantri Bhartiya Janaushadi Pariyojna, a flagship scheme of the government, highlights the name of BJP in saffron colour,” the statement reads. 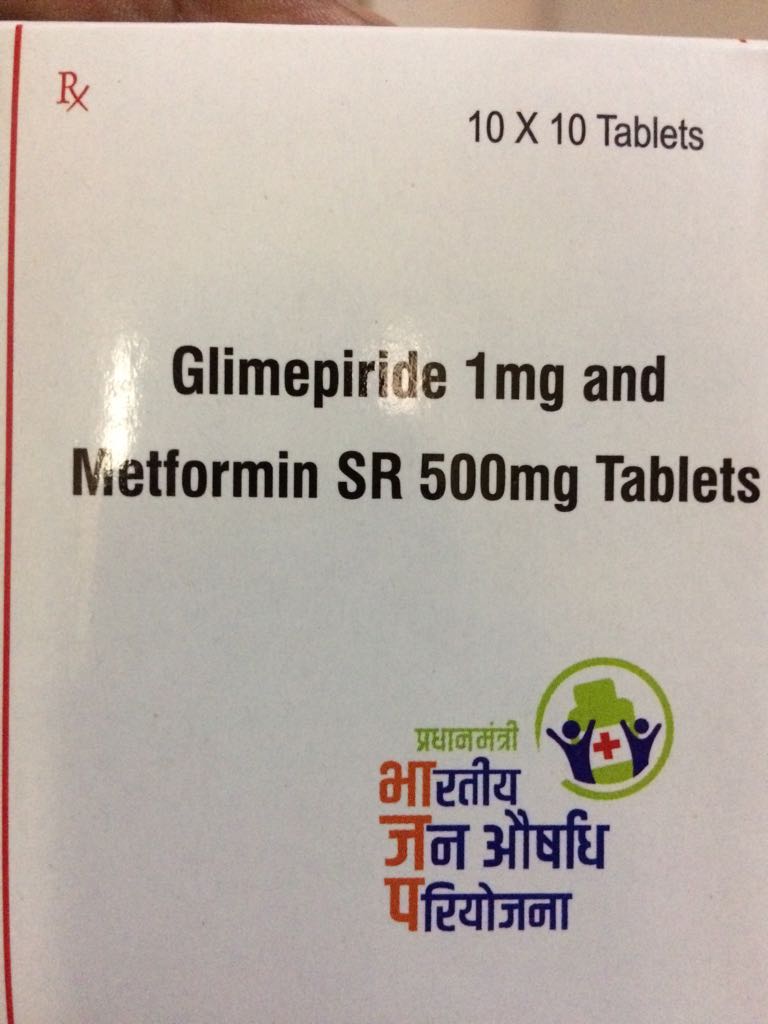 “It is both unethical and illegal to carry advertisements – at public expense – about government schemes that seek to project a particular political party. Such an act, involving use of public money for political advantage is a violation of Articles 14 and 21 of the Constitution of India,” the statement further reads.

Here is their full statement:

Jan Swasthya Abhiyan and All India Drug Action Network express their deep concern at the misuse of the public funded Pradhan Mantri Bhartiya Janaushadi Pariyojna, for promotion of one political party.

It is extremely unfortunate that the labels of drugs dispersed through the Pradhan Mantri Bhartiya Janaushadi Pariyojna, a flagship scheme of the government, highlights the name of  BJP in saffron colour. The Jan Aushadi scheme’s website also highlights the first letters of Pradhan Mantri Bhartiya Janaushadi Pariyojna, in saffron. Clearly a government website and products distributed through a public funded scheme are being used to highlight the name of the political party – BJP. This represents gross misuse of public funds and is a willful disregard of Supreme Court directions on government advertisements.

The Janaushadi scheme was launched in November 2008 by the Ministry of Chemicals and Fertilizers, with a view to make available quality medicines at affordable prices. The NDA government renamed it as Pradhanmantri Janaushadi Yojana. This was subsequently changed to “Pradhanmantri Bharatiya JanAushadi Pariyojna’ by inserting ‘Bhartiya’ and by changing ‘Yojana’ to ‘Pariyojana. Clearly this was a blatant attempt to insert the acronym ‘BJP’ into the name of the scheme.

While the government can legitimately issue advertisements to convey information about welfare schemes, it is both unethical and illegal to carry advertisements – at public expense – about government schemes that seek to project a particular political party. Such an act, involving use of public money for political advantage is a violation of Articles 14 and 21 of the Constitution of India.

The drug labels and websites highlighting BJP’s name in the Janaushadi Scheme is a gross misrepresentation as it conflates the ‘achievements’ of the government with that of a particular political party. The schemes and programmes of the government is a furtherance of the obligation under the Directive Principles of State Policy (enshrined in part IV of the Constitution). The government is duty-bound to take steps and measures to protect the health of the citizens which includes providing safe, effective and quality medicines at affordable cost. The Jan Aushadi Scheme is a means of implementing this.  The highlighting of BJP’s name in saffron colour gives the message that the BJP is involved in running the scheme.

The Supreme Court has – in Common Cause vs Union Of India on 18 March 2016 – banned the use of public office and public funds for personal, political or partisan purposes as clearly malafide, illegal and not permissible under the Constitution.

The Apex Court has also laid down, through the “The Government Advertisement (Content Regulation) Guidelines 2014”, that government advertisements have to maintain political neutrality and avoid glorification of a political party or political personality. Importantly, it also mentions that the government must not give positive impression of party in power. Para 6(3)(iii) of the Guideline details the responsibility of the government, while putting any content in public domain. Para 6 (3) mentions:

(a)   Mention the party in government by name;

(b)   directly attack the views or actions of others in opposition;

(c)    include party political symbol or logo or flag

(d)   aim to influence public support for a political party, candidate for election; or

Contrary to claims being made, the Janaushadi Scheme falls far short of the laudable intent to provide relief to poor patients reeling under the impact of spiralling drug prices. While there are over six lakh chemist outlets in the country, only a little over 3,000 outlets have been rolled out under the scheme. This represents just 0.5% of chemist outlets in the country. Reports also suggest that many of the outlets under the scheme face serious stock outs of important medicines. It would have been far more desirable if more energy had been expended in strengthening the scheme rather than in finding ways to make the scheme a part of the propaganda campaign of a particular political party.

JSA urges the government to immediately revert to the earlier nomenclature of the Janaushadhi Scheme, recall the drug labels highlighting the name of BJP, reissue them without highlighting the name of a political party, and also to change the scheme’s logo on the website. Further we urge the government to take appropriate steps to strengthen the Janaushadhi scheme so that real benefits accrue to a much larger number of patients.