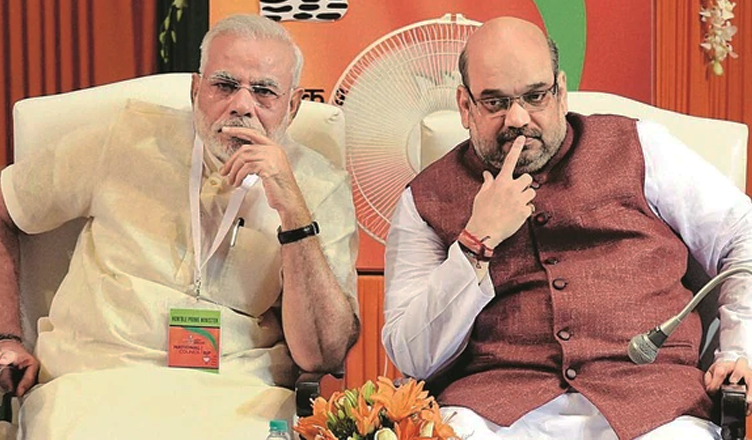 The Congress on Sunday accused the Election Commission of India (ECI) of not taking any action against Prime Minister Narendra Modi and Bharatiya Janata Party (BJP) president Amit Shah despite raising complaints regarding them violating the model code of conduct (MCC).

While claiming that he led as many as 15 delegations to the EC during the past 25 days, Congress spokesperson Abhishek Manu Singhvi, while addressing a press conference, said, “They hear us patiently, they assure us of action but what is the funniest part is they don’t take any action but claim that action has been taken.”

Singhvi further said that is looked like as if the EC was following two codes of conduct, one for the BJP and the other for the opposition. He also said that never before in the past 72 years had the Election Commission failed to maintain a level playing field.

“What the Election Commission is expected to do is to follow its own guidelines, instructions and earlier orders, he pointed out. The Commission is not expected to make an exception in the case of the leaders of the BJP. As there is a saying in English, what is sauce for the goose is sauce for the gander. An order which is a precedent, is not different for you and different for us,” Singhvi said.

Also read: In history of independent India, not a single PM did something as foolish as Demonetisation: Rahul Gandhi

“What defies reason, he said, is the helplessness of the Election Commission, which is the most powerful body during the 50-60 days of the window when the election is being held. It is the duty of the Commission to ensure the integrity of the election, he pointed out, but the Commission is failing in its task. Has the MCC (Model Code of Conduct) been replaced by a separate ‘Modi Code of Conduct’?” he added.

Condemning PM Modi and the saffron party, the Congress spokesperson said, “Never has there been a more audacious set of individuals who for petty electoral gains have turned a blind eye to rules, guidelines and codes, behaving as if the Election Commission does not exist in this country, the Model Code of Conduct does not exist and there is no Constitution of India, no level playing field.”

Singhvi attacked the BJP saying that the saffron party was resorting to such tactics as they have fear of defeat.

“Of course, we are not surprised; this is proof that BJP, Mr. Modi and Mr. Amit Shah have accepted defeat; the knowledge of certain defeat has led to this fear, frustration, complete hypocrisy and turning a blind eye to elementary cannons of rule of law,” he said.

One thought on “Has MCC been replaced by Modi Code of Conduct: Congress on EC not taking action against Modi, Shah for poll code violation”