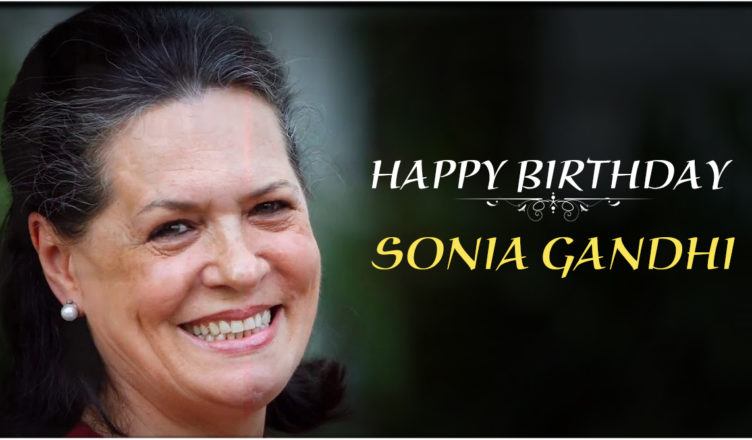 Even if Congress president Sonia Gandhi is an Italian by birth, she has always been an Indian by karma.

She herself made her own case at the time of her political ascent to her party’s leadership. “Though born in a foreign land, I chose India as my country,” she said. “I am Indian and shall remain so till my last breath. India is my motherland, dearer to me than my own life.”

She was born in a village in Italy and came from a humble background. She worked as a waitress in Cambridge to make ends meet.

She married Rajiv Gandhi, son of India’s Prime Minister, Indira Gandhi in 1968 – at the mere age of 22 in a traditional Hindu ceremony (in spite being a devout Roman Catholic). She left her home and family and moved to India.

Despite several pressures being a member of the powerful Nehru-Gandhi family, she focused on her family and stayed away from politics.

She gave up her Italian Citizenship in 1983 after her husband was forced to enter politics (following the death of his brother, Sanjay Gandhi, in 1980).

She was forced to enter politics after the assassination of her mother-in-law, Indira Gandhi in 1984.

She did not want Rajiv to become the Prime Minister as she knew there were threats to his life, but gave in for the larger good of the country.

She lost her husband Rajiv Gandhi in another assassination in 1991.

She was the unanimous choice of Prime Minister post Rajiv’s death but refused and instead continued building up the Congress party.

There were constant death threats to her and her two children but she did not leave India and run away to a safe haven abroad. Despite all odds, she continued to fight.

In an effort to revive the party’s sagging fortunes after their electoral defeat in 1996, she joined the Congress Party as a primary member in the Calcutta Plenary Session in 1997.

In order to end internal factionalism and with growing demand within the Congress, she was finally chosen as the President of the Congress in 1998.

Being a single woman in an overwhelmingly male-chauvinist political environment, she continuously fought sexist barbs and attitudes.

This only made her stronger.

She led the revival of the party and the Congress-led UPA defeated the incumbent NDA government despite Atal Bihari Vajpayee’s ‘India Shining’ Campaign in the 2004 General Elections.

She was the unanimous choice to become the Prime Minister in 2004 but instead chose Manmohan Singh for the post.

As the chairperson of the National Advisory Committee, she played an important role in making the National Rural Employment Guarantee Scheme and the Right to Information Act into law.

Under her leadership, the Congress-led UPA was re-elected into power in 2009 with a decisive majority.

She once again, relinquished the post of the Prime Minister. Nothing or no one could have stopped her.

In August 2011, she underwent successful surgery for cervical cancer but still continued to lead the party with distinction, dedication and passion.

All her life she has faced a vicious and malicious propaganda campaign against her by the RSS and the BJP – from questioning her nationality to abuses to involvement in baseless scandals and corruption.

She still hasn’t been perturbed, has conducted herself with utmost dignity and has come out triumphant each time.

Her children, Rahul and Priyanka, who constantly live under threat and scrutiny could have well settled in any nation in the world and led a great life, but they continue to serve India and its people as that is in their blood and DNA.

She has always stood for and fought for the idea of India as defined by the Constitution – an India which is a liberal, secular and progressive democracy.

She is more Indian than the people who rule India today and bleed its people and Constitution to Death.

It is shameful to measure her stature as a leader and her contribution to the nation by the size of the house she lives in.

Only the scared and the timid can resort to that!

Kudos to such a woman and leader!

One thought on “Happy Birthday Sonia Gandhi: Italian by birth, Indian by Karma”