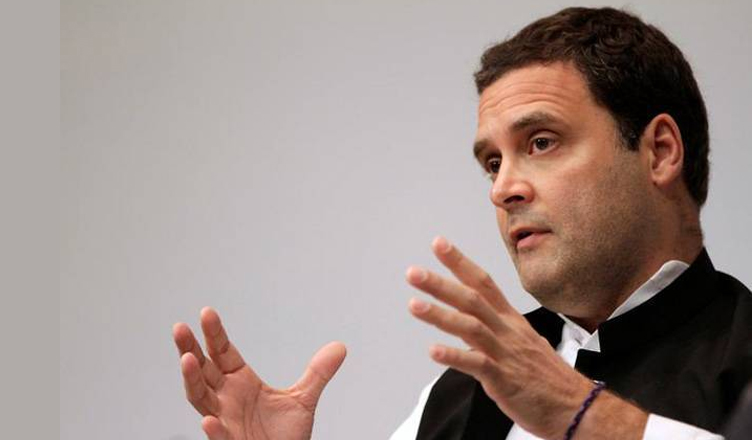 “I have been to HAL and have spoken to the workers. They have admitted that they’re being starved of projects. Govt is undermining HAL, while Anil Ambani who has never built anything in his life gets the defence projects,” Gandhi said while interacting with media in Parliament.

“Defence Minister Nirmala Sitharaman lied in the Parliament claiming Modi govt has given ₹1,00,000 crore to HAL. She claims they are helping HAL, but Dassault has received ₹20,000Cr without even delivering the aircraft, whereas Govt owes HAL ₹15,700 crore on completed projects,” he said.

Gandhi then challenged Prime Minister Narendra Modi for a debate on the Rafale issue and said that he still hasn’t received an answer to his question that on what basis was the project handed over to Anil Ambani.

“On what basis Mr. Anil Ambani received the ₹30,000Cr worth project? I still haven’t received answer to this. I just need 15 minutes of time to debate with Mr. Modi on Rafale issue. He is afraid to come to the Parliament because he has lied,” he said.

The Congress Chief raised his question that he had earlier asked in the Parliament as well.

“I have raised a simple question- when Mr. Modi conducted a by-pass surgery on the Rafale, did the Defence Ministry raise objections to it, yes or no?” Gandhi questioned.

Earlier in the day, the Gandhi scion expressed his concern over HAL facing financial crisis and appealed to people to save HAL.

“That HAL doesn’t have enough cash to pay salaries, isn’t surprising. Anil Ambani has Rafale. He now needs HAL’s brilliant talent pool to deliver on his contracts. Without salaries, HAL’s best engineers & scientists will be forced to move to AA’s venture. #SaveHAL,” Gandhi had tweeted.

Anil Ambani has Rafale. He now needs HAL’s brilliant talent pool to deliver on his contracts.

Without salaries, HAL’s best engineers & scientists will be forced to move to AA’s venture.#SaveHAL https://t.co/IaqgS3pyJ7

State-owned defence PSU (Public Sector Undertaking) is facing financial crisis, and if reports are to be believed, its operations might come to a complete standstill later this year if the situation continues to be the same.

Around 2000 vendors from the MSME (Micro, Small and Medium Enterprises) which work with HAL will be affected if the POSU continues to face troubles.

One thought on “HAL is starved for orders: Rahul Gandhi”