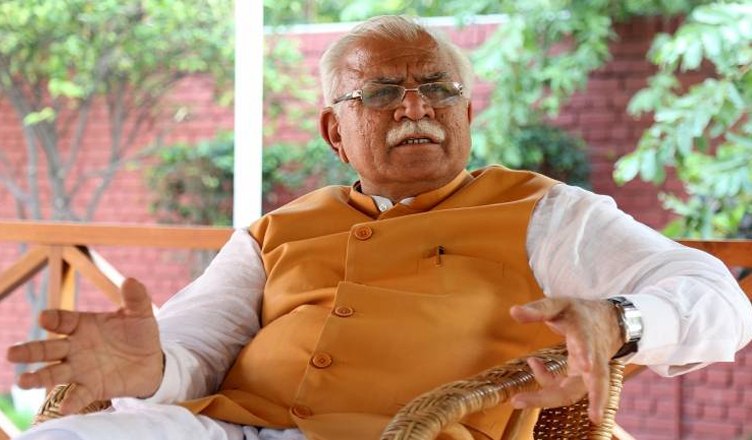 Haryana Chief Minister Manohar Lal Khattar’s recent remarks on Namaz that it should either be held in mosques or idgahs, defending the brazen hooliganism with which the namaz held in open places was disrupted in Gurugram on last Friday, reflect Bharatiya Janata Party’s saffron ideology and its bigotry. “Namaz should be offered at mosques or eidgahs, and in case there was shortage of space, then it should be offered at a ‘personal place’,” Khattar told reporters in Chandigarh on Sunday.

His statement reflects nothing but the saffron party’s hatred for other’s religion and its encouragement to such hooliganism. This is nothing but a communal card being played by the BJP to attract Hindu voters for the 2019 Lok Sabha elections.

Both the Congress and Indian National Lok Dal (INLD) have expressed their criticism against the Haryana CM’s statement and accused the BJP of playing the communal card. Former power minister in the Bhupinder Singh Hooda-led Congress government, Captain Ajay Yadav said that Muslims had been offering namaz in the open for more than a decade in the city without witnessing any disruption but with the 2019 polls approaching, this was clearly an attempt by the BJP to polarise voters and attract Hindu voters. INLD leader Gopi Chand Gehlot also opined the same and suggested that the government should ensure Muslims’ safety and security.

Such unabashed support of goondaism only shows this government’s attitude towards the minorities and its agenda of saffronising the entire nation.

On April 20, six men chased away Muslims offering Namaz in an open are in Gurugram’s sector 53. A video of the incident went viral on social media. On May 4 again, the Sanyukt Hindu Sangharsh Samiti stopped Muslims from offering ‘namaz’ at 10 places in Gurugram.