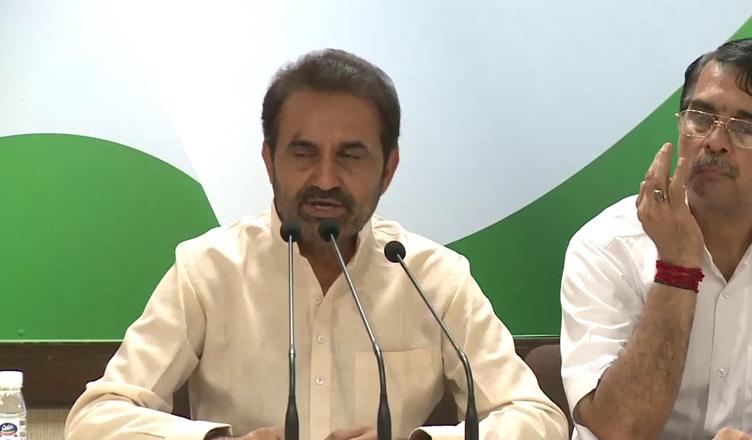 Accusing the Bharatiya Janata Party (BJP) of carrying out a Bitcoin-related scam of Rs. 88,000 crore, the Congress on Thursday demanded that the involvement of the saffron party leaders in the scam should be investigated.

He further said that Demonetisation turned out to be a jackpot for BJP leaders. “Post-demonetisation, in Surat, old notes were converted to bitcoins,” he said. “Modi’s demonetisation was a cover to convert black money to white,” he added.

“Bitcoin is not a physical currency. It can be used anywhere in the world. If CID crime, Gujarat is to be believed, then the value of one bitcoin is approximately Rs. 5 lakh,” Gohil said.

“A Gujarat daily reported that old notes worth ₹88000 cr were converted to Bitcoin,” he added.

Asserting that BJP is involved in this scam, Gohil said, “The epicentre of black money and extortion is BJP, and Gujarat is the platform of this”.

Talking further about bitcoin, Gohil said the bitcoin currency can be used for direct transaction between two people, without letting third person even know.

The Congress accused BJP leader and ex-MLA Nalin Kotadia and Shailesh Babulal Bhat of being involved in the scam.

“The modus operandi of this scam is multi-layered and is like a Pandora’s Box – whereby illegal hawala transactions, kidnappings, extortion of crypto currency using CBI/police/government authorities at the behest of top BJP leaders in Gujarat,” said Congress.

Congress demanded an impartial Supreme Court monitored judicial investigation in this maze of ‘Mega Bitcoin Scam’ so that the truth comes out.