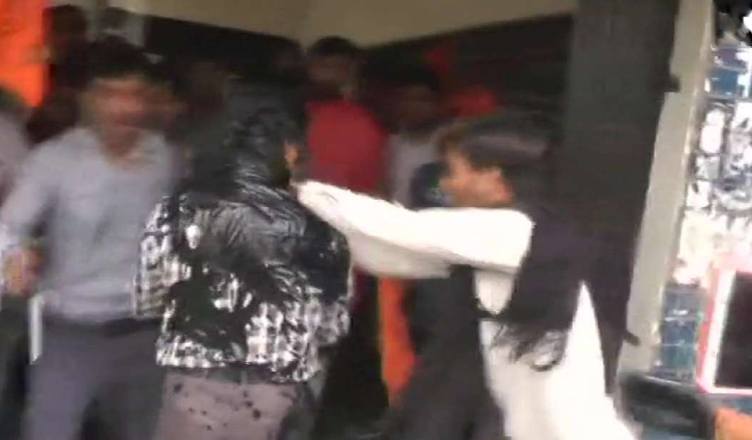 Baxi had been assigned the task of preparing voters’ list for election to the senate of the university to be held on July 22. The ABVP supporters attacked the professor over allegations the latter selectively rejected the forms submitted by the ABVP supporters.

It was found that their allegations were baseless, but still, they scheduled a hearing with them on the issue at 4.30 p.m. yesterday.

However, before that only, the ABVP supporters stormed into the classroom where Baxi was delivering a lecture and demanded an explanation regarding rejection of forms.

When the professor asked them to wait outside as he was busy taking a class and that a hearing was already scheduled for the same, the ABVP supporters dragged Baxi out of the classroom and threw some black substance on his face.

The assailants then paraded Baxi to the university registrar’s cabin and threatened the register that he too would see the same fate if their demands were not met.

A police complaint was filed by the university, and police confirmed that all the accused are associated with the ABVP.

This is the kind of hooliganism which the BJP has been endorsing since the time it came to power. Looks like the students’ wing of the RSS, ABVP has been given a free hand in indulging in goondaism and vandalism on educational campuses.