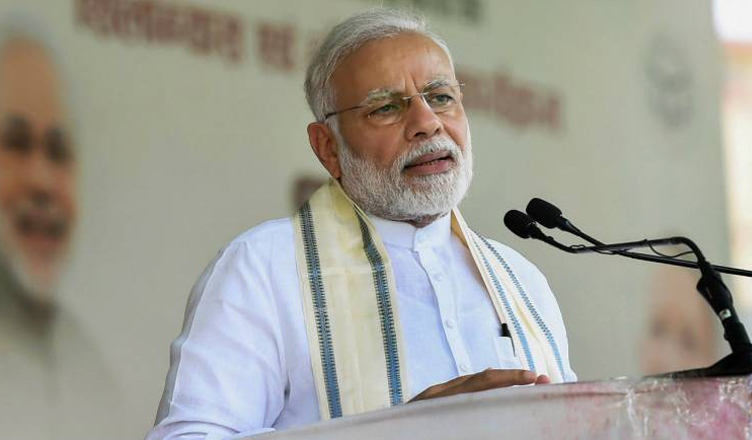 During the 2014 Lok Sabha election campaigning, the then Gujarat Chief Minister Narendra Modi did not stop from bragging about his ‘Gujarat Model’  of development and how he intended to implement the same across the country after coming to power at the Centre.

However, turns out, that his ‘Gujarat Model’ is nothing but an illusion.

When Modi became the Gujarat Chief Minister in 2001, he coined the phrase ‘Vibrant Gujarat’  and spoke about himself as the one promoting commerce and industry. However, he clearly failed at doing the same, as neither could he attract investment nor generate employment with the help of this model.

According to National Herald, during the Vibrant Gujarat summits held between 2003 and 2011, Memorandums of Understanding (MoUs) were signed promising investment worth Rs. 40 lakh crore. However, only Rs 3 lakh crore, which is almost 8 per cent of the total amount pledged, came.

National Herald also revealed that investment, whatever amount came, did not help in generating employment. According to official figures quoted by National Herald, as many as 16 lakh people were unemployed in the state as of 2018.

Talking about rural areas, as many as 35 lakh people got 100 days employment under the MGNREGA (Mahatma Gandhi National Rural Employment Guarantee Act) scheme but at an average daily rate of Rs 174, which is far less than the rate fixed under the Minimum Wages Act.

In 2017, Gujarat was ranked 11th in the country on Human Development Index. As reported by National Herald, As many as 10.1 per cent of families in cities and 21.5 per cent of families in villages are living below the poverty line. Not just this, 47 per cent children in the state under the age of five are malnourished. Even adults are not spared from the same. As many as 28 per cent adult men and 63 per cent adult women living in the state are malnourished.

Talking about healthcare, only 200 beds were added to government hospitals which have a shortage of 12,000 doctors.

Coming to education, the government claims that as many as 50 private universities have been set up in the state, but the ugly truth is that only one-fifth of the 100 students who enrol in the first standard of school go to colleges to pursue higher studies. Of the 17 lakh students who enrol in the first standard, 11 lakh appear for the tenth examinations and only six lakh of them passed in 2018, as reported by National Herald.