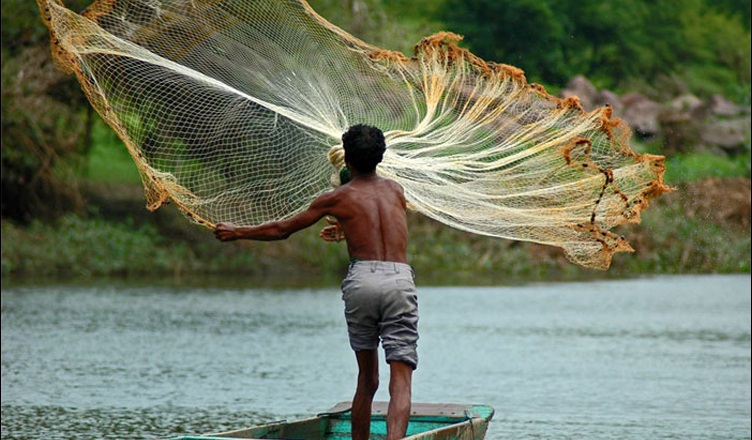 There were once more than 300 species of fish along the Gujarat coastline, which is the longest in the country, running into 1,660 kilometres. The coast is home to 549 villages with a population of more than 30 million, and the majority of this population is dependent on fishing for their income either directly or indirectly.

However, over the past decade, industrial corridors have swallowed hundreds of fish species on the Gujarat coastline, which was once a diverse habitat with salt marshes, mangroves and sea grass. Nearly 60% of Gujarat Industrial Development Corporation (GIDC) undertakings are along the coastline, including petrochemicals units, refineries, thermal power plants, cement and rayon factories and ship-breaking industries. Due to this, the habitat of the fish has been severely affected. This also leads to fishermen moving deep into the sea.

South Gujarat is even worse. This is because GIDC mostly has chemical and pesticide factories in Ankleshwar, Jhagadia and Panoli.

Several Gujarat-based environmentalists have raised their concerns over the same and the state government’s lax approach towards the issue.

“The concentration of industries along the corridors, such as chemical factories along Vapi and Ankleshwar (Ankleshwar GIDC) in South Gujarat, petrochemicals along Vadodara, rayon and power plants in Saurashtra and power plants and ports in Kutch have rendered the sea coast highly polluted,” said Bharat Patel, an environmental activist based in Kutch.

“The Gujarat government has been allowing the release of industrial waste water into the sea. The government doesn’t bother to ensure that effluent treatment plants maintain the norm required for release,” said Rohit Prajapati, an environmentalist based in Vadodara.

What is even worse, the government seems to be doing nothing about it and have even reversed the steps taken by the government in favour of fishermen. A Rs. 200 crore fine imposed on Adani Ports as restoration fund imposed by the UPA government was withdrawn by Environment Ministry in 2016.

The profession for Gujarat fishermen is getting tougher as due to the low availability of fishes along the coastline, they are forced to go deeper into the sea. Sometimes, they also venture into Pakistani waters despite knowing the high amount of risk involved in it.