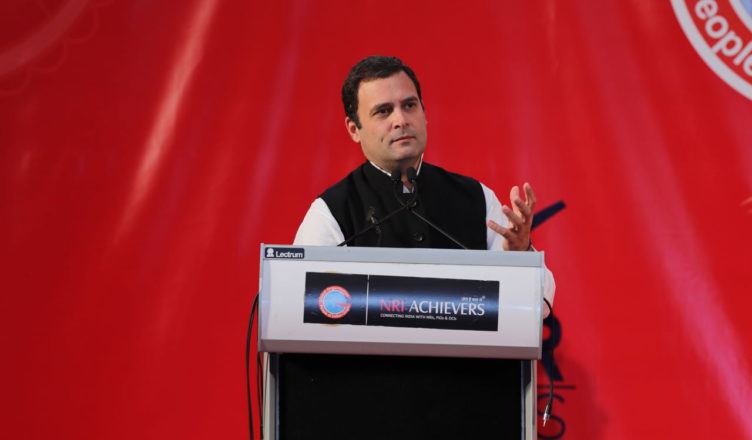 Congress President Rahul Gandhi on Monday, while promising to give a “new, shining” Congress, asserted that India is under threat due to the Modi Government’s inability to create jobs.

“India today is free, but once again it is under threat. The first threat is our Govt’s inability to provide jobs for our people. What China does in two days, takes India one year to do,” Gandhi said in Bahrain.

This is Rahul Gandhi’s maiden foreign visit after becoming the Congress President and it also happens to be his first visit to Bahrain.

Hitting out at the government for focussing on trivial issues and sideling the major ones, the Congress President said that jobs, healthcare and education have been completely ignored.

“Tragically, the conversation today is not about jobs, healthcare or education. Today, the only thing India talks about is, what you are allowed to eat, who is allowed to protest or what we cannot say,” he said.

“Job creation in India today is at an 8 year low. New investments are the lowest they have been in 13 years, bank credit growth has sunk to a 63 year low,” he added.

Rahul Gandhi then provided his vision, focussed on concentrating on these three aspects and improving them.

“I believe that the way to create jobs is through small and medium industries. So, supporting SMEs to create million of jobs in India, that’s number one. Second, we have a great education system, but only the top layer of it is of high quality… We have a plan and we are going to put that plan in action. Third, developing a strategy for healthcare, where India can take care of its healthcare needs and become a global hub for healthcare,” he said.

Slamming the government for spreading hate and playing the division of politics, Rahul Gandhi said that the Congress has always aimed at bringing all together.

“The tragedy is that instead of focusing the attention of our people on what is critical – the removal of poverty, job creation and the building of a world-class education system – we see instead a rise in the forces of hatred and division,” he said.