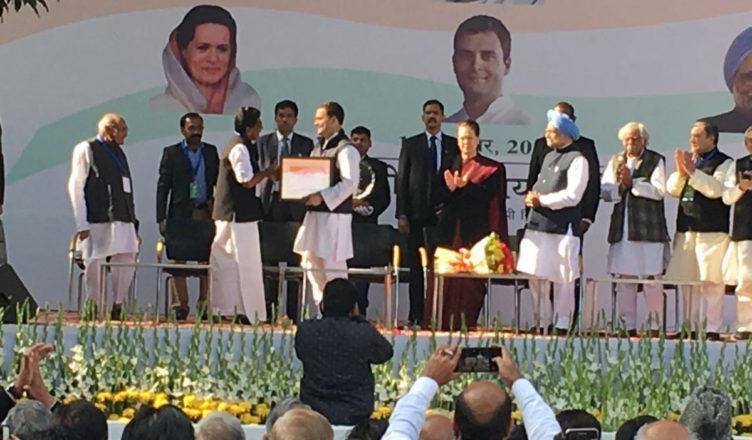 As Rahul Gandhi took charge of the Congress as its President today, the young leader had words of wisdom for everybody.

The Congress President further said that politics belongs to the people, but today politics was not being used for people.

Hitting out at the BJP Government, Rahul Gandhi said that now the politics was not being used to uplift people, but to crush them.

He also lashed out at the Prime Minister Modi-led National Democratic Alliance (NDA) government for spreading violence across the country.

“Once a fire breaks out, it becomes difficult to douse it. We have been trying to tell the same to the BJP that if they set the nation on fire, it will be tough to control it. Today, the BJP has spread the fire of violence across the country,” Rahul Gandhi said.

But, soon after that, the Congress President asserted that if there was anyone who could stop what the BJP is doing, it was the workers and Congress.

Speaking just the opposite of what the BJP aims of making India, ‘a Congress-mukt bharat’, Gandhi said he considered the BJP as their brothers and sisters, but did not agree with them.

“In India, there are two ideas that have clashed – idea of self versus that of the other. BJP are soldiers fighting for self. While the Congress is guided by service of community,” he said.

Gandhi also urged the youth to come forward and form a united India.

In his concluding remarks, the Congress President said, “It is with deepest humility, that I accept this position knowing that I will always be walking in the shadow of giants.”

We wish Congress President Rahul Gandhi and hope that he takes forward his party and the country.