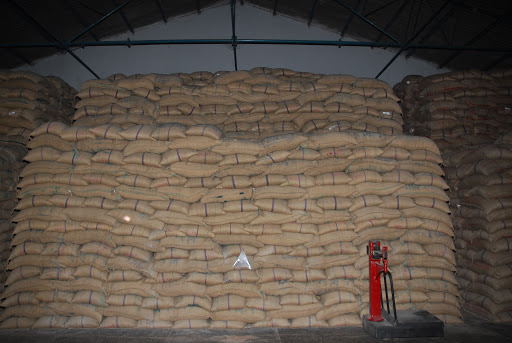 While the country is facing a nationwide lockdown, the people getting hit hardest are the daily wage workers and migrant labourers. On one hand, the country’s granary is full to the brim, with no more space for more food, on the other hand, people are dying because of starvation. That is what is happening in India today.

Prime Minister Narendra Modi in his video address to the country prided himself and his party on their humanity and the steps taken to help the poor of the country. Well, the hungry and dying beg to differ. They and we know that the country has large food stocks, filled to the brim, and that some of this could be used to protect people from hunger during this crisis. The enormity of the situation, however, has escaped most observers.

Currently, the food grain stocks of the Food Corporation of India (FCI) have reached an astonishing 77 million tonnes in March, and are expected to rise by another 20 million tonnes after the Rabi harvest. Public food storage has never risen to such high amounts before in India. Meanwhile, hunger, malnutrition and exhaustion stares at the face of 80% of India’s population as the lockdown devastates people’s livelihoods.

The finance minister, Nirmala Sitharaman, announced that the doubling of PDS rations for the next three months. While people may be thankful for it, she did not do them a big favour, she should’ve done this much before as something like that was needed in order to free up space in FCI’s overflowing godowns for rabi procurement. This wasn’t a favour to feed hungry mouths, but to make room in the storage. A serious relief package would include releasing excess stocks to the states in large quantities.

Therefore, the central government must release more food stocks to the states for free or at nominal prices. These could be used to enhance monthly rations and reduce exclusion errors in the Public Distribution Syste. At this time amidst a pandemic, it can also be used for emergency relief measures such as community kitchens. With private trade disturbed by lockdowns, this would also help contain local food inflation.

Releasing food is also very crucial because the emergency cash transfers that finance minister announced have severe limitations. First, the amount given to the poor is very small — for example, Rs 500 per month for three months to Pradhan Mantri Jan Dhan Yojana accounts held by women is merely a sum that a family can survive on. Second, there are likely to be many exclusion errors, that means that many poor households don’t have operational PMJDY accounts and unfortunately, there isn’t much data on this. Third, mass disbursement of cash amidst crisis is very challenging. In the poorer states, there are very few rural banks and these banks are likely to be overcrowded if money is deposited in them.

That is why, food transfers can play a very big role in keeping poor people alive in the next few months. While food schemes like the PDS and mid-day meals exist in most villages, they’re not implemented. For this to happen, the central government must unlock the godowns and release the food to the states. Human lives matter more than the fiscal deficit being a notch higher. Maybe then, people will actually believe the government cares about the poor.