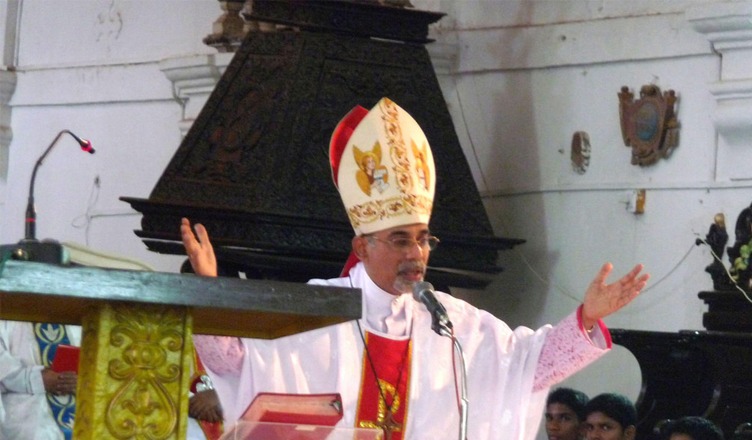 Archbishop of Goa, Filip Neri Ferrao has asked Catholics to play a more active role in Indian politics as he is worried that the Constitution is in danger. This was written in the Archbishop’s annual pastoral letter for 2018-2019 that was released on Sunday. Previously Delhi’s Archbishop Anil Cunto wrote a letter to churches in Delhi calling for a prayer campaign before the elections as the country was facing a “turbulent political atmosphere which poses a threat to the democratic principles enshrined in our constitution.”

Archbishop of Goa, Filipe Ferrao wrote, “It is advisable that the lay faithful play an active role in the political field; they should, however, follow the dictates of their conscience while doing so and shun ‘sycophantic’ politics. They should thus strengthen democracy and, on the other hand, help to improve the functioning of the state administration. The ideals of social justice and the fight against corruption are of utmost importance. In recent times we see a new trend emerging in our country which demands uniformity in what and how we eat, dress, live and even worship, a kind of monoculturalism. At the time of elections, the candidates confuse the minds of many people by making false promises. And the people, on their part, often sell their precious vote for selfish, petty gain.”

Instead of being concerned that minorities are fearful and threatened, the current government is busy either remaining silent while atrocities are committed or they encourage the perpetrators of violence. Since the Modi led BJP government came to power, the number of attacks on Muslims and Dalits in cow related violence has gone up by 97%.