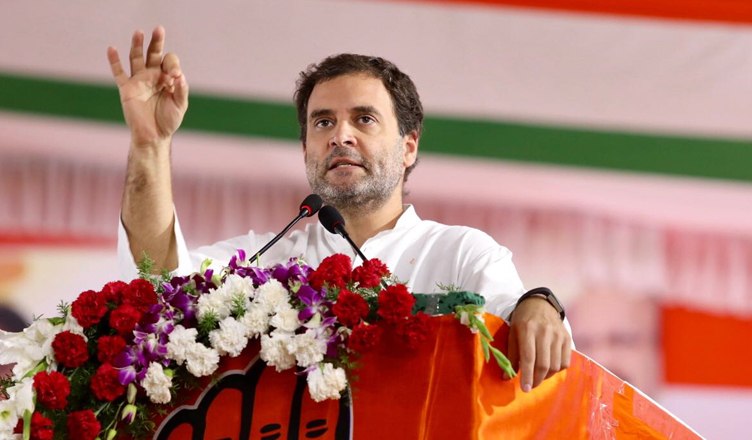 Congress Chief Rahul Gandhi on Monday launched a scathing attack on Prime Minister Narendra Modi and said that the latter’s strategy for generating jobs for the youth is to use gas from the gutter and fry pakodas.

“PM Modi promised two crore jobs every year and now asks the youth to make pakodas. He also promised to provide gas connections, and now talks about using gas from the gutter,” Gandhi said while addressing a gathering in Karnataka’s Bidar.

The Congress President drew a contrast between PM Modi-led Central government which has failed to waive off farmers’ loans and his government in Karnataka which waived off the loans of the state farmers as soon as it came to power in the state.

“On one hand, PM Modi waives off debts worth ₹2.5 lakh crore for 10-15 large businesses, and on the other hand, he makes the people of India stand in lines in the name of Demonetisation. Modi ji promised ₹15 lakh. Is there somebody who got even ₹10? We promised that as soon as the Congress will come to power in Karnataka, our priority would be waiving farmers’ loans. We fulfilled it,” Gandhi said.

“You can waive loans of India’s richest, but you fail to do so in the case of Karnataka farmers,” he added.

The Gandhi scion further said that PM Modi increased the Minimum Support Price (MSP) by ₹10,000 crore all over the country, but the Congress government in Karnataka waived off loans three times the amount of it.

Hitting out at PM Modi for his silence over the recent cases of rapes and assault in Bihar and Uttar Pradesh shelter homes, Gandhi said, “PM Modi brought in the slogan of ‘Beti Bachao, Beti Padhao’. What he didn’t tell is from whom to save our daughters.”

Raising the issue of the Rafale scam, Gandhi said Anil Ambani was present with PM Modi in France when the Rafale deal was signed and how it was snatched from Hindustan Aeronautics Limited (HAL) and given to Reliance Defence.

“UPA government gave the Rafale deal to HAL. We told France that we will use the technology and make the jets in India. It would have created lakhs of jobs for aeronautical engineers. Modi came to power and changed the entire deal. Defence Minister Nirmala Sitaraman lied that the govt cannot reveal the price of Rafale jets as there is a secrecy clause between India and France. But the French President told me in person said that price can be revealed if the Indian govt wants to,” Gandhi said.

“I challenge PM Modi for a debate on the Rafale Deal. He will never accept this challenge, as he has been lying to the nation on the deal. Why is he running away from questions?” he added.

Rahul Gandhi further said that when the Congress comes to power in 2019, they would simplify ‘Gabbar Singh Tax’ and present one tax for the nation.