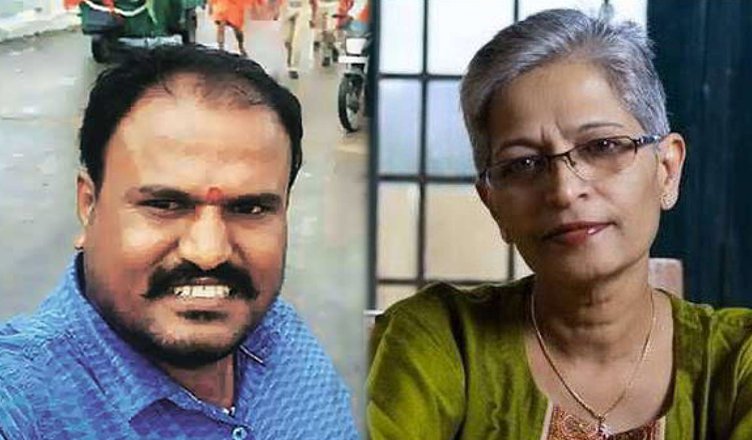 The fact that this government is ready to go to any extreme to muzzle the dissenting voices has got stronger with the recent revelation in Journalist and Activist Gauri Lankesh murder case. Investigations have found that Hindu Yuva Sena member Naveen Kumar, a suspect in the case, had attended at least 5 different meetings of the Sanatan Sanstha and the Hindu Janajagruti Samiti (HJS) at various places in 2017, such as Bengaluru and Maddur in Karnataka, and Ponda in Goa.

These meetings were held to discuss the establishment of a Hindu Rashtra in India, among other things. A digital trail on social media affirms that Kumar had attended at least five such meetings of different sizes. Naveen Kumar alias “Hotte” Manja was arrested by the Bengaluru Police on February 18 for possessing 15 rounds of .32 calibre cartridges. The SIT had taken him into custody on March 2.

Another striking thing is Kumar’s association with Goa-based Sanathan Sanstha, the rogue elements of which have been linked with the murders of rationalists, Narendra Dabholkar, Govind Pansare and M.M. Kalburgi. It is also believed that Kumar had fled to Bengaluru after the murder to create an alibi.

Editor of “Lankesh Patrike”, Lankesh, 55, was shot dead outside her house in Bengaluru by unidentified assailants on September 5 last year.The incident was captured on a CCTV installed in the area, but the suspect was wearing a helmet.The CCTV footage also showed the suspect conducting a recce of Lankesh’s house hours before the crime. The state government had set up the SIT to probe the Lankesh’s murder.