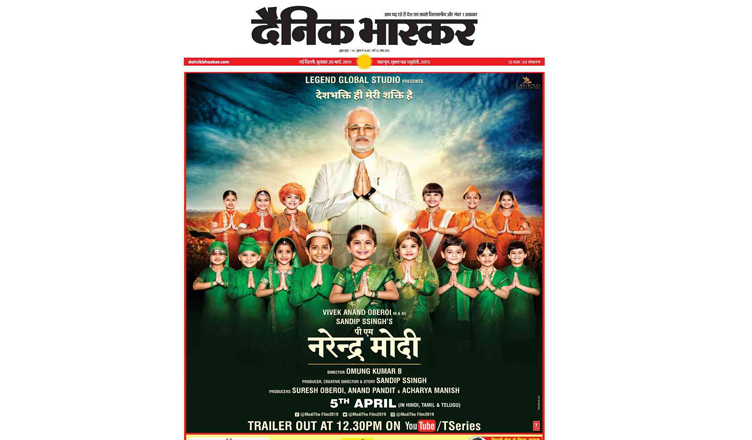 The Media Certification and Monitoring Committee (MCMC), set up by the Election Commission, in East Delhi, has sent a show-cause notice to Anand Pandey of Dainik Bhaskar, Sachin Chauhan of T-Series and Sandip Ssingh of Legend Global Studio, one of the producers of Narendra Modi’s biopic ‘PM Narendra Modi’, for alleged Model Code of Conduct (MCC) violations by carrying a front-page advertisement of the upcoming movie. 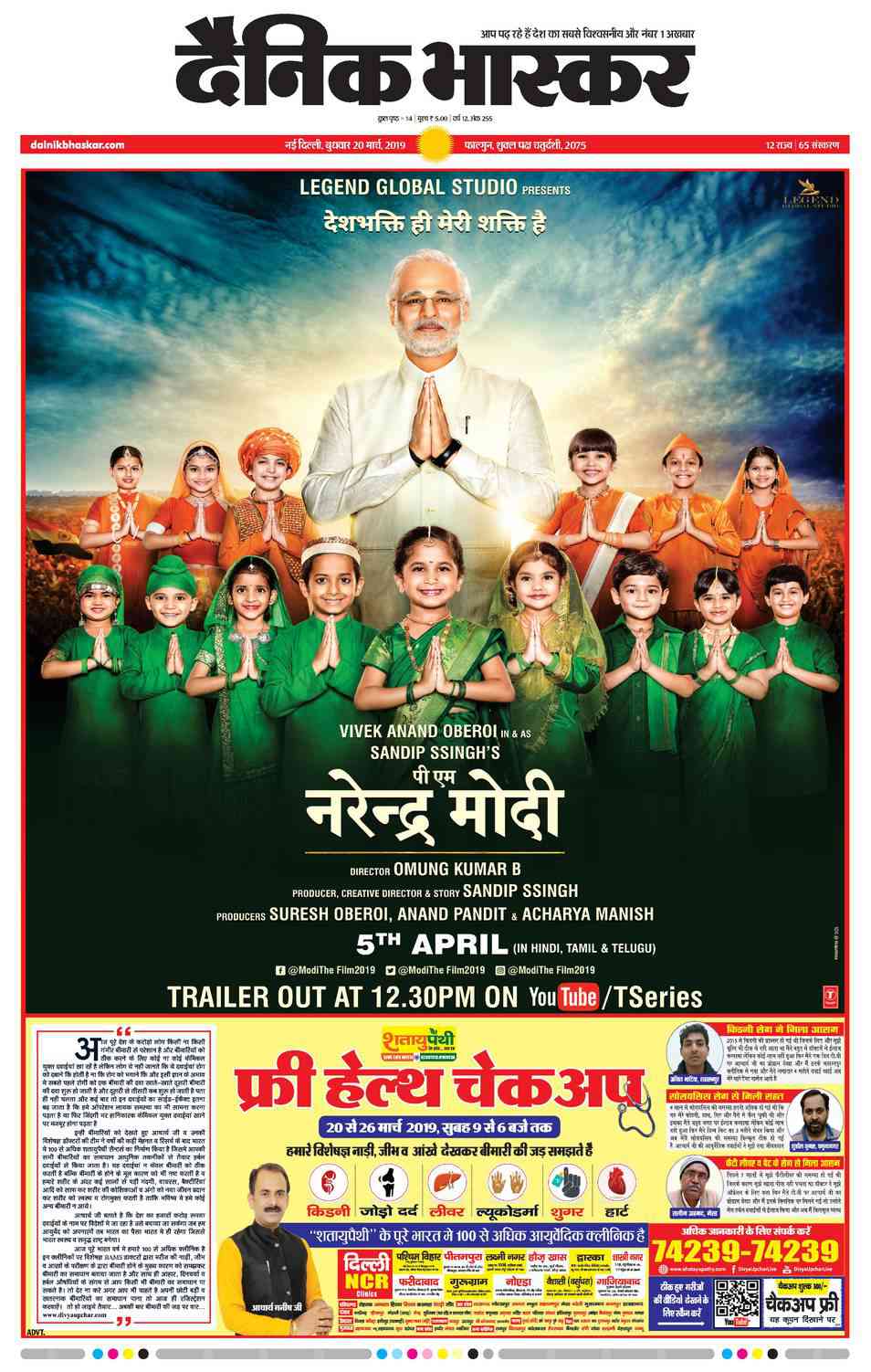 The advertisement was published on March 20, showing the film’s poster and covered more than half the page.

The show-cause notice, sent by a district election officer of the East Delhi Parliamentary constituency, terms it “a surrogate advertisement which appears to have political overtures,” that violate the code of conduct.

Citing chapter 15, para 2 of the model code of conduct, the notice states that, “As per Section 77(1) of the Representation of the People Act, 1951, expenditure involved in such advertisements in connection with the election of any candidate has to be added to the account of election expenses of the candidate, required to be maintained under that Section.”

“Section 171 H of the Indian Penal Code, 1860, prohibits incurring of expenditure o, inter-alia, any advertisement, circular or publication, for the purpose of promoting or procuring the election of a candidate, without authority from the candidate,” it stated further.

The letter further directed the parties concerned to submit documents and certification obtained from the Media Certification and Monitoring Committee of the Election Commission for the advertisement before 4 pm on March 25.

Read the letter below: 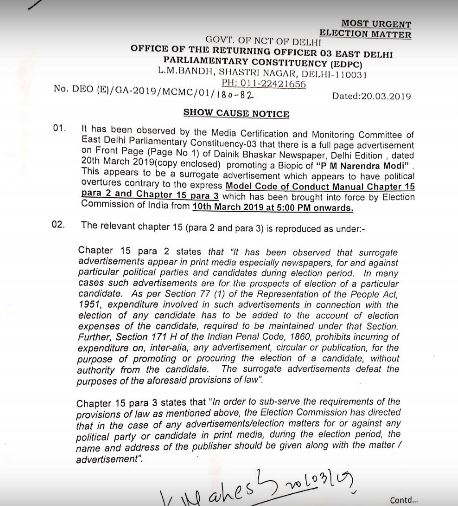 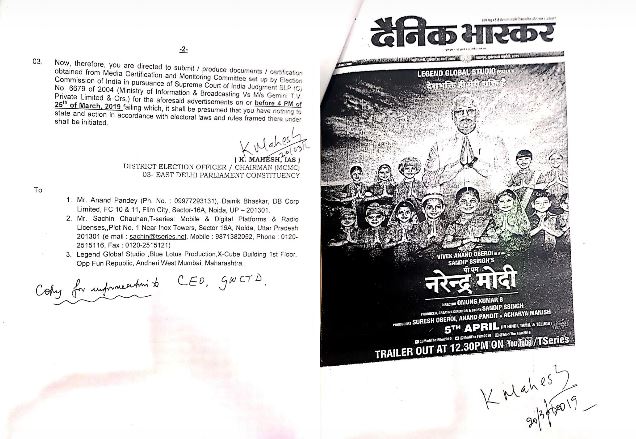 The Dravida Munnetra Kazhagam (DMK) has also approached the Election Commission (EC) demanding a ban on the release of the movie until the Lok Sabha elections are completed.

The biopic on the prime minister, ‘PM Narendra Modi’, is scheduled to release on April 5. The 2019 Lok Sabha elections are set to begin on April 11.

The Model Code of Conduct has been in effect since March 10.