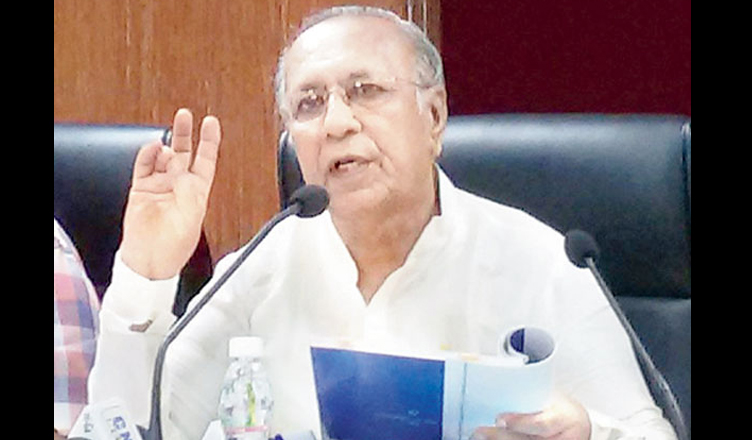 Citing the annual accounts and auditor’s report (2017-18) of the water board, which was tabled in the Legislative Assembly in February 2019, and raised questions about water supply billed for Rs 340 crore that is unaccounted for, former chief minister Suresh Mehta has alleged multi-crore scam in the Gujarat Water Supply and Sewerage Board (GWSSB).

Mehta, who is part of Lok-shahi Bachao Abhiyan (Campaign to Save Democracy), an organisation of Gujarat’s intellectuals, raised questions on expenses worth Rs. 340 crore not being listed by the GWSSB.

According to Mehta, bills of water charges amounting to Rs 502 crore for supply of water to GWSSB up to the financial year 2017-18 was raised by Gujarat Water Infrastructure Limited, out of which, only Rs. 163 crore has been acknowledged by the GWSSB.

“What happened to the water bills worth Rs 340 crore? Did the water supplied to GWSSB evaporate?” The Indian Express quoted Mehta as asking while addressing media on March 23.

He said that the annual accounts and auditor’s report (2017-18) also stated that the “board has not complied with the accounting standards prescribed by ICAI.” Mehta further said that “this multi-crore scam happened in just one year.”