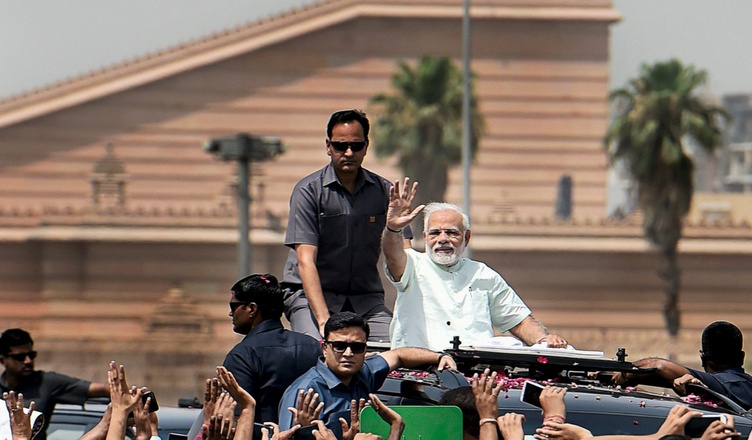 Former Chief Election Commissioners (CEC) have said that Prime Minister Narendra Modi is exploiting loopholes in the election code of conduct law. Mr. Modi seems to be timing speeches, temple visits and the inauguration of infrastructure projects to coincide with elections in states and parliamentary constituencies. While this is not illegal, several former CECs do feel that it goes against the spirit of the model code of conduct.

When campaigning ended in Karnataka’s assembly election Mr. Modi flew to Nepal to pray at different temples for two days – till the date of polls. Objections were raised by other political parties but the BJP claimed it had nothing to do with Karnataka’s elections.

The day before the by-polls in Kairana in western Uttar Pradesh, Mr. Modi interacted with Ujjwala Yojana users via his NaMo app and inaugurated the Eastern Peripheral Expressway post which he addressed a public meeting in Bagpat.

The election code of conduct was written in the 1960s when there was no concept of electronic and social media. Even though Mr. Modi is not technically campaigning in the constituencies going to an election, his speeches and interactions are easily available to them.

Former CEC T.S. Krishnamurthy asked: “Do you think the political parties are so ethical today? Unfortunately, our political parties are the weakest link in our democracy. In by-polls, the model code applies only to that constituency. I agree theoretically that these days the information gets passed on easily and it may look that there is a violation, but you have to find a practical solution.”

While former CEC SY Quraishi said, “I believe these polls should have been held with the Karnataka elections. Why were these elections not held together, so that the issue of imposition of model code applying to the Centre would not have arisen within just a month?”

The former CECs have said that it is necessary for the election commission to accept the reach of social media and revise their code of conduct.