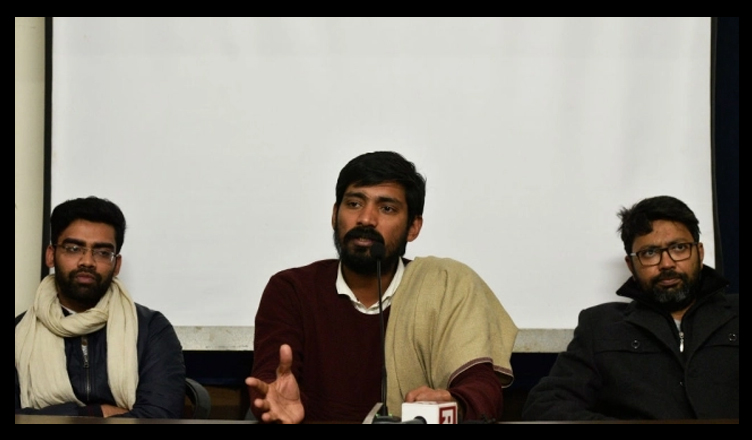 Two former office bearers of the Akhil Bharatiya Vidyarthi Parishad (ABVP) have claimed that the anti-India alogans that were chanted on the Jawaharlal Nehru University (JNU) campus on February 9, 2016 was done by ABVP members to divert media attention from Dalit scholar Rohith Vemula’s death.

Vemula committed suicide on January 17, 2016 and blamed the administration of the University of Hyderabad (where he was a PhD student) for expelling him at the behest of ABVP.

“At the time, I remember Jatin and I, since we were Dalits, were told repeatedly to appear for TV interviews and defend ABVP after Vemula’s suicide, which we refused to do since they kept referring to him as a terrorist. With the February 9 event, they saw an opportunity to divert attention,” National Herald quoted Narwal as saying at the conference.

Chargesheet was filed against former Jawaharlal Nehru University Students’ Union (JNUSU) president Kanhaiya Kumar and others in a sedition case dating back to 2016.

Former students Umar Khalid and Anirban Bhattacharya were also named in the chargesheet for chanting anti-India slogans on the event that was held on February 9, 2016, to mark the death anniversary of the Parliament attack convict Afzal Guru.